Skip to Content
Home  »  Transylvanian Castles   »   Is there a real Dracula castle Romania?

Everybody heard about Dracula castle Romania. Bram Stoker main character from his novel, Dracula is the most popular character from Romania and the most famous vampire in the world.

But is it real? Does he have a castle somewhere in Romania? If so, where is it located?

Let’s discover together which the truth behind the legends is! 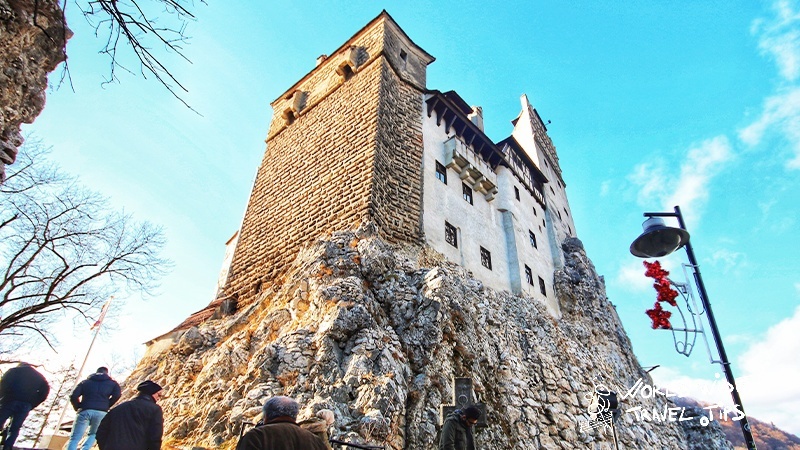 Is Dracula a real character?

Bram Stoker main character was based on a real person name Vlad the Impaler a ruler from medieval Transylvania, a district of Romania.

Vlad the Impaler, on his complete name Vlad III, the Son of Dragon was known for his cruelty, his strict rules and his bloody acts which inspired the writer.

Sometimes the reality is stranger than fiction.

The real character has a very strange and cruel way to punish his enemies by impaling bad people on a spike. There was a very painful and slow death!

It is said that Vlad the Impaler is responsible for the death of over 80.000 individuals.

Maybe it does not seem that many but the total population of Europe were of just 50 million people.

Well, there is one castle in Transylvania which match perfectly with Bram Stoker description.

The fortress is located near Brasov, in a small and beautiful mountain town named Bran.

The most interesting part is that Bram Stoker never visited Romania and did not know about the existence of this fortress. By coincidence, the fortress described in his book exists in reality.

In the centre of the town, upon a hill, there is a medieval castle very difficult to reach. Hidden between dense forests with only one access route, this building was one of the most important defence points in medieval time. 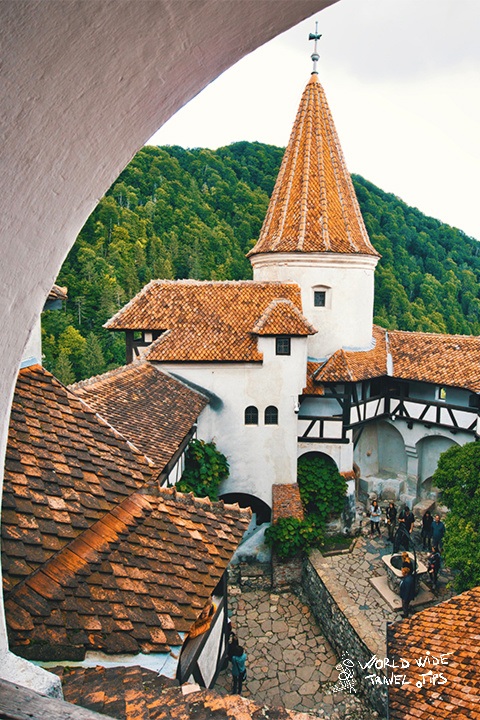 Inside the real Dracula Castle Bran

It was built in the XIV century as a defence point against Ottoman Imperium and has multiple usages along the time.

The castle was refurbished during Queen Mary domination at the beginning of the XIX century and furniture pieces from that age can be found in the fortress in our days.

During World War II the place was used as a hospital and at the beginning of XX century, it was open for public.

Now, Bran castle, also known as Dracula Castle could be visited by any tourist who wants to discover more about Romanian history and Dracula.

The answer to this fortress is yes. Dracula’s castle is still standing. It is now a museum and it was open to the public at the beginning of the XXI century.

The place is very well preserved and inside you can find furniture and decoration objects dated from the beginning of the previous century.

How you can reach Dracula castle?

The castle is very easy to reach by car. I would say it is the easiest way to get to Bran from Bucharest of Brasov.

Let me give you a travel tip! Renting a car is a very smart thing! You are more efficient if you have a car and you win flexibility and comfort. 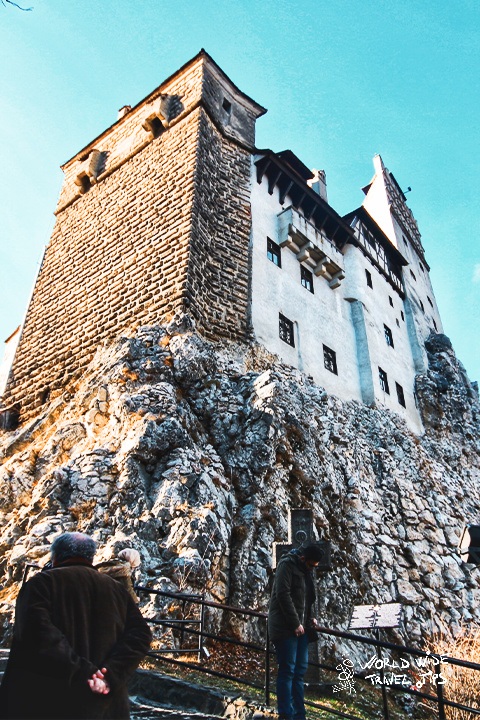 The prices of the cars are not very high. Worth the effort! It would cost you about 30 USD per day a small car.

There are also buses which take you from Brasov to Dracula castle. They are really cheap but not very comfortable.

Unfortunately, there is no direct bus or train from Bucharest to Bran. You have to change in Brasov. And this might be more complicated. And you waste a lot of time!

Because of its cruelty and many acts of death, Vlad the Impaler was the best inspirational source for Bram Stoker novel. The character was real and his castle still exists.

But around the real story, a very interesting myth was built!

Come to Romania to see what is the real truth behind the Dracula’s legend!

Where to sleep when visiting Dracula’s castle?

If you plan a day trip from Bucharest to Bran Castle you don’t need accommodation.

Bran Castle area is located in a very beautiful area, on the mountainside of Romania. It is a pity to go to the area and not explore it! 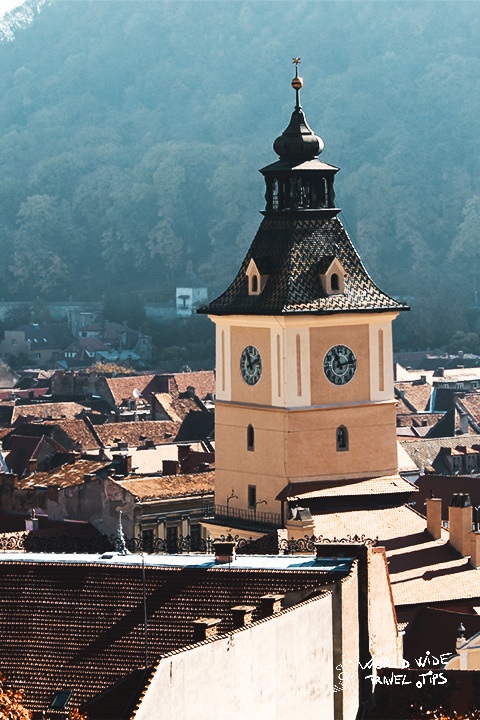 You can book accommodation in Brasov which is one of the best places to set your camp and explore the mountain area.

Find the perfect accommodation for your stay in Brasov

Or if you want to experience the authenticity of Romania and be closer to Dracula’s castle you can book accommodation in Bran. There are plenty of accommodations in the area nearby the castle with beautiful views and nice rooms.

The big advantage of having accommodation in Bran is that you can have enough time to explore the area and the castle. It is a good opportunity to enjoy Romanian culture and to see which is the truth behind the legend!

What to know before you go

The very first documented stating of Bran Castle is the act provided by Louis I of Hungary on 19 November 1377, offering the Saxons of Kronstadt (Brașov) the benefit to build the stone castle on their own expense and also manpower.

Bran Castle was completed by 1382, in record time, and was developed for the objective of defending Transylvania’s boundary and included a customs terminal.

In 1438– 1442, the castle was used in defence versus the Ottoman Empire, and later on, became a customs post on the mountain pass in between Transylvania as well as Wallachia.

Bran Castle is located on a cliff at an elevation of 762 meters (2500 feet), and is bordered by valleys as well as hillsides as well as is major vacationer destination in Romania.

Slim winding stairs lead via some 60 timbered rooms, lots of connected by below ground passages, which house collections of furniture, tools and armour dating from the 14th to the 19th centuries.

A lush yard graces the facility of the castle, a typical attribute of edifications of the moment. The twisted, open passageways snake around the main patio area.

These are the most interesting things to know about Dracula’s castle Romania! It is a place full of mysteries and charm! You’d better be prepared to meet the Dracula in person when you visit it!

Given Stoker never visited the castle, it's no surprise that the similar appearance and relevance of it's location are pure coincidence.

Vlad III never lived at Bran Castle. There was once a belief he may have been imprisoned here for a short while in 1462, after capture by the Hungarians. However, even this has been largely disproven. He was likely imprisoned in Budapest.

Fans of the books had best keep tourism off their minds. Little in Bram Stoker's Dracula was historical.

For those following the story of the Wallachian Voivode would be far better off than to visit Curtea Veche in Bucharest, or, if they want to visit an actual castle, rather than a palace, to visit Poenari Castle. If you visit the latter, best be good at climbing stairs. There's 1480 of them to the castle itself.

Despite the scary story, the castle looks lovely! And I love your pictures! Will definitely add it to the list for whenever we go back to Eastern Europe!

The castle really looks beautiful on the outside as well as on the inside. You have to see it with your own eyes to truly understand the history of the place, how people used to live back in the days. You have to include Transylvania and the beautiful Castles it on your future trips.