Where IS Netherlands located?

But…do you know where exactly is located Netherlands in Europe? Oh, it is located in northwestern Europe, right between Germany, Belgium and North Sea.

What is important to know is that Netherland together with Caribbean Sea islands Bonaire, Sint Eustatius and Saba form a constituent country named Kingdom of Netherlands.

The most iconic cities which should be included on your visit list are Amsterdam, Rotterdam, The Hague, Utrecht, Eindhoven and Tilburg.

Did you know that Rotterdam is the largest port of Europe? Yes, it is. So, most of the things you buy from other continents, most likely arrive in Europe throw Rotterdam port.

Are Holland and the Netherlands the same country?

I guess most of you wondered at least once in our life which one is correct Visit Holland or Netherlands?

Well, it is a little more complicated. It would be more correct to say visit Netherlands then Holland. Actually, Holland means the two provinces of Noord Holland and Zuid Holland, but Netherlands is formed from more provinces then these two. Nowadays there are 12 provinces which form the Netherlands.

The origins behind both names could be found far in the history of the country and of Europe and is linked with Spanish rule after the Eighty Years War and with Napoleon defeat in 1815. I don’t want to give you more details about history as I don’t want you to get bored.

It is supposed that the confusion between Netherlands and Holland started because of the Dutch sailors. As they travel around the world, when they were asked about their origins they used to mention the name of their native provinces and not the name of the country. As most of them were from Zuid Holland or Noord Holland people start to think that Netherlands and Holland is the same thing.

So, keep in mind and tell your friends that you will visit Netherlands not Holland, because this is the correct name.

In order to get an answer to the question if the country is going underwater I think it is important to start with the beginning.

First of all I want to tell you that the meaning of the word “Netherlands” is “ low-land region”. So, it was clear for everybody since ages that the land where the country is located is going to sink sometimes in the future. What was and still is not that clear is when this will happen.

Visit Netherlands and do not wait for that moment to happen! You saw on newspapers and heard on TV that the ocean level is increasing and the ice from the poles are melting pretty fast. All this aspects hurry the sinking process. Some researchers said that in less than 50 year more than half of the country will be underwater.

Yes,I know! Netherlands has all kind of dredging systems, channels and watermills. Every spot is build and configure is such way to prevent it from flooding. Unfortunately, this is not enough! Because of Netherlands geography and position, a large part of the country will be underwater in few decades.

It is a real pitty because town like Amsterdam, Rotterdam or The Hague are emblematic for Europe! When we are talking about Netherlands let’s not forget to visit Netherlands countryside! A magnifique and pittoresque are with tulip fields, windmills and beautiful houses along the channels!

How to get to Netherlands

It is so simple to get to Netherlands! All you need is time and of course…..some money! Hi-hi!

You can reach Netherlands by car, train, ferry and airplane.

Being located at northeast Europe, the country is very accessible for you by plane! It is by far the fastest way to reach Netherlands!

There are airplanes from all over the world which land on Schiphol Airport Amsterdam, this being one of the most important air nodes between Europe and Americas.

If you are planning for a Europe trip or you are living pretty close to this country, then the car is the most appropriate way to travel in my opinion! Include on your Europe trip guide this superb country and you will be surprised by its beauty! Another big plus for car travel is that you can visit Netherlands countryside much easier and in style!

Let’s not forget about the train! In Europe the train ride is a very comfortable, affordable and easy way to travel! The quality of the railways is very good and the train schedule might be exactly what you are looking for when visiting Europe!

There is also the ferry ride! Rotterdam port is the biggest port in Europe! So, if you have time and you don’t have seasick then you can take a ferry from England for example and travel to Netherlands!

We personally, used arrived in Netherlands by airplane as it was the fastest way to get there and inside the country, we used a train to get from one point to another! It was the safest, simplest and perfect way to visit Netherland!

Each season has its own beauties when you travel to Netherlands!

Do you like tulips? Are curious to see the famous tulip fields? Then, my advice is to go to this country late March or April. In this period of the year, the tulip blossom and the fields are full of colours and smells!

Pick season is during the summer holiday, from June to September! The days are longer, hotter and sunnier than the rest of the year! A minus for this period is the bunch of people who want to see the same places as you want and go in the same direction as you go! So, this means queues at museums and other popular attractions, higher prices for food and accommodation!

Winter is cold and foggy! Me, personally, I do not like to visit places when outside is cold! Yes, I agree that there will be fewer tourists but also the visiting hours are shorter!

If I think better, spring and autumn are the perfect periods to visit the Netherlands! The days are long enough for visiting and the prices are not very high, making the ideal period to travel!

When speaking about the weather we should consider Netherlands location. As it is located at the North Sea, don’t expect to extremely hot days in summer.

The country has a moderate maritime weather directly influenced by the North Sea and the Atlantic Ocean. What does this mean? Well, it means that summer is cooler and winter has moderate temperatures.  Yes, it is possible to see snowfall during winter but not very often.

Take an umbrella with you when you visit Netherlands! Because it is located near the sea, the quantity of rainfall is pretty high! There are lots of days with rain! No matter if it is summer, spring or autumn, it could rain daily if you are not that lucky!

Things to visit when you go to Netherlands

Oh! There are so many things to do in Netherlands as it is almost impossible to talk about everything!

For sure, you should not miss the Netherlands emblematic cities: Amsterdam, Rotterdam, The Hague! I am sure that everybody heard about Amsterdam Red District, Amsterdam coffee shops or  Amsterdam museums!

VISIT Holland is more than these cities! When you visit Netherlands you should visit the tulip fields, the windmills and the countryside!

I was surprised in a beautiful way by Kinderdijk windmills and Zaanse Schans windmills! These are two authentic windmill villages with a picturesque landscape! A cloudy sky makes the scenery more dramatic, ideal for Instagram photos!

The countryside is full of small villages with traditional houses along the channels! Everybody has a little boat, a few bicycles and maybe a car! What a relaxing day to walk around the villages and live how locals do!

Netherlands is not a cheap country! But you should not be worried about the price of the accommodation! You can find places to sleep suitable for all budgets! There are houses to rent, apartments or villas where you can have a room. Let’s not forget to mention the hostels which are very popular among youngers!

Do you like to travel in style and to be spoiled? No problem! There are lots of beautiful hotels for everyone! All you need to do when visit Holland is to calculate your budget and for sure you will find something for you!

Is it safe to GO TO Netherlands?

Maybe some of you imagine that on Netherlands and especially on Amsterdam prostitution and cannabis is all around. The reality is not like that! These two domains are highly regulated and very well organised!

It is a safe country so you should not be worried when visiting Holland! Obviously that big cities attract thieves! Beware of  pickpockets and other forms of petty crimes! Keep your eyes open and I am sure that nothing wrong will happen to you! 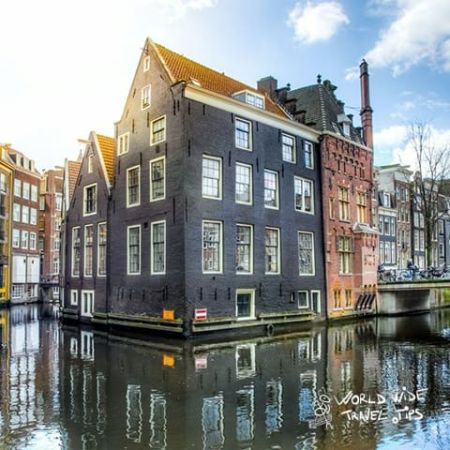 23 May: These are the 5 largest cities in Holland

Holland cities Located in the northwestern part of Europe, Netherlands has a unique landscape with lots of windmills, tulips and canals. Cities in Holland are very beautiful and each has its own… 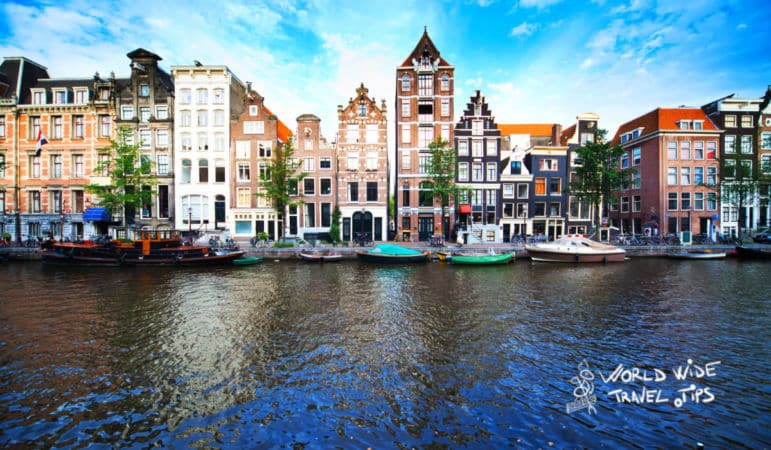 27 Feb: The most amazing things to do in Amsterdam Netherlands 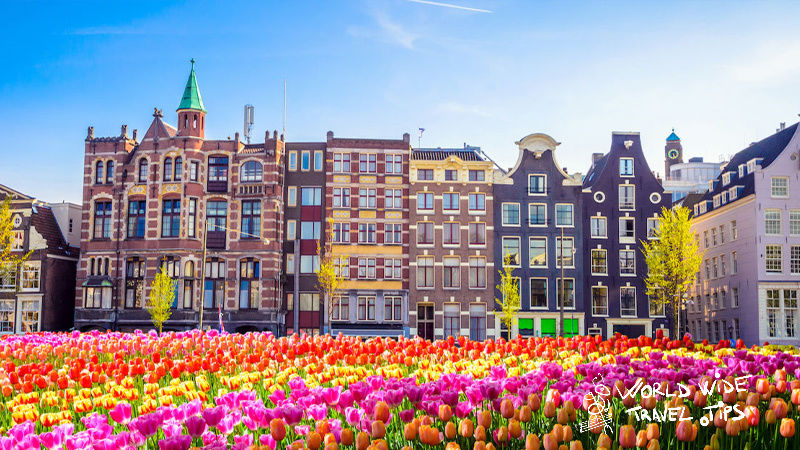 22 Jan: When is the best time to visit Amsterdam for tulips? 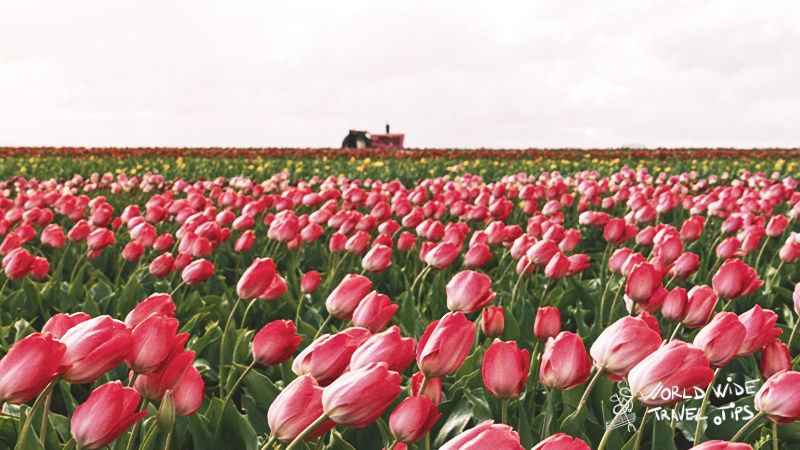 22 Jan: These are the best places to see tulips Netherlands