Amsterdam is located in the North West of the European continent if you are wondering where is Amsterdam in Europe, neighboring Belgium in the south, Germany in the east, and the North Sea in the north and west.

Amsterdam is the capital of the Netherlands, a Dutch city in the southern province of North Holland.

It is the largest city in the Netherlands and the place where the dutch Government seats and the cultural capital of the country.

So, the Netherlands, incorrectly called Holland and Amsterdam are not the same, they are the country and the capital.

Amsterdam airport is the main gateway to the world of this magnificent city and one of the biggest airports from Europe with very good connections with North America and the rest of the world.

Now, let me tell you why I like this amazing city and why I strongly recommend you to visit it! 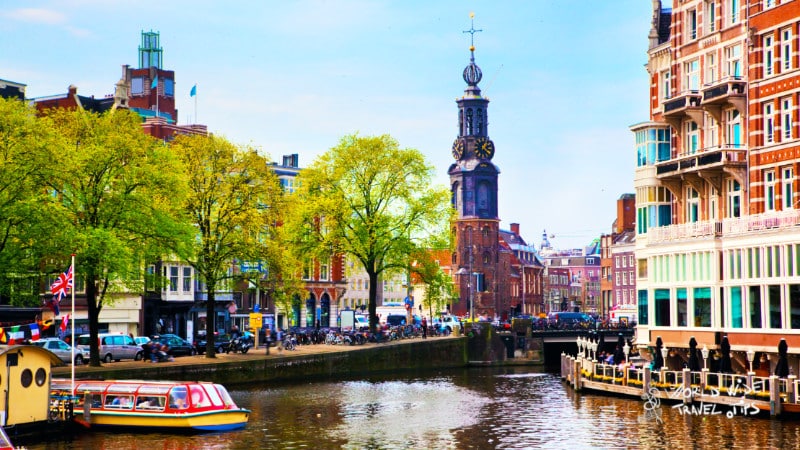 It is the perfect destination for a romantic getaway although many people tend to consider Paris to be the city of love.

But once you get to this magnificent city you might change your opinion about which is the most romantic city in Europe.

What makes Amsterdam the perfect romantic destination is its historical city center which resembles a charming village rather than a cosmopolitan city.

The narrow and cobbled streets are perfect for exploring and most of them are full of spots to wine and dine.

One of the safest cities in Europe

Act decently and politely and show respect to dutch culture and traditions and I am sure that nothing wrong will happen to you. 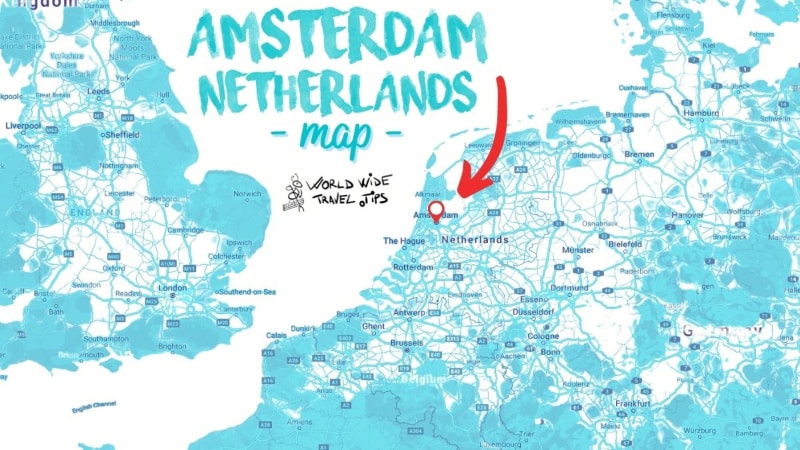 Where is Amsterdam in Europe Netherlands map

It is a very green city

Another great thing about the city is the fact that there are many urban areas dedicated to environmental innovation.

It is not just the increased quantity of rain that falls all year round over the parks and public gardens, but also the contribution of the authorities in preserving nature.

European Commission named Amsterdam one of the 8 finalists for the first-ever European Green Capital Award in 2009.

It has more canals than Venice

The city of Amsterdam and the Netherlands, in general, are famous all over the world for their watery maze of canals.

Many people use to call Amsterdam “ The Venice of the North” and with a good reason: this amazing city has more bridges and water canals than Venice.

The labyrinth of canals not only lends tranquility to the bustling city but also defines the local culture. 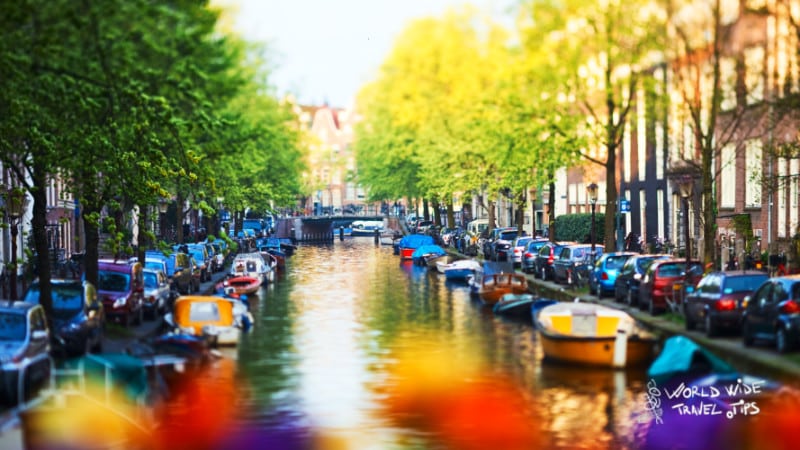 What I can tell you for sure is that Amsterdam from the water is completely different than the one from the land.

You get a completely new perspective over this magnificent city once you take a cruise along the canals.

Amsterdam: Open Bar Canal Cruise is one of the best cruises you can get when in Amsterdam to see the city from the water.

This open bar cruise will take off near Central Station, from where you will cruise into the heart of the city where the main canals are.

You will then pass through the Amstel River, passing the 7 bridges and some more hidden gems that only a local skipper and host will know how to find.

I strongly recommend you to book a cruise tour along the main canals to get a better understanding of the local culture.

So where is amsterdam in europe ?

North Sea beaches are really close to Amsterdam so if you have time you should go there too.

The location of Amsterdam in Europe makes it the perfect place to set your camp if you want to explore not just the Netherlands countryside but also some of the most beautiful beaches on the North Sea.

The North Sea shore is located just 25 kilometres from the city and you can reach it by car, bus, train or ferry.

The popular beaches of Zandvoort and Bloemendaal aan Zee are the most popular destinations for those interested in spending a day at the beach.

These amazing beaches are one of the best places to go if you are looking to spend a quiet and relaxing day far from any city pollution.

Other reasons why you should consider when planning to visit Amsterdam are:

These are the 5 best reasons why you should consider Amsterdam your next destination, not to mention the great location where is Amsterdam in Europe, very well connected by train or planes with the main European cities.