Weather forecast for Rhodes in October

Do you know what’s great about Rhodes weather? Rhodes has a Mediterranean climate with mild winters and hot summers.

This means that you will have a lot of sun in October which absolutely great news!
It is a year-round destination perfect for exploring and enjoying your beach holiday. 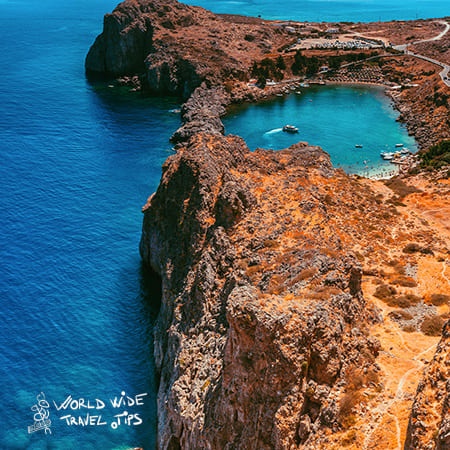 Weather forecast in Rhodes in October

So, it is still warm enough for a bath in the sea! Mornings and evenings might be a little bit chiller and that is why you might need a sweater or long sleeves for your night out or evening walk!

The largest island from the Dodecanese Archipelago, Rhodes has many kilometres of coastline.
The island landscape is pretty hilly and the highest peak has a maximum height of 1.200 metres and is called Attavyros.

As you probably already know, mountains generally have a strong influence over the climate. And here is not an exception and October Rhodes forecast is influenced also by these mountains!
First of all, the highest peaks usually attract rain. So, inside the island, around the highest peaks gather the clouds and it rains, while the coastline has a clear sky and sunny days!

And the mountains also stands like a barrier against the winds!
For Rhodes, the mountains protect the south from winds, which means that usually, the southern part of the island is warmer than the northern part.

The winds from the north especially keep you cool and usually don’t bring the rain!

As I mentioned earlier, the average temperature is around 24 degrees Celsius. Perfect temperature for bathing and laying in the sun! It is not too hot, nor too cold! Exactly how it should be for a perfect day at the beach.
The water temperature is also ideal for a bath with an average of 23 degrees Celsius. Until noon, the water might be a little colder after the night, but in the second part of the day, you can easily chill in the water and enjoy your time spent abroad! 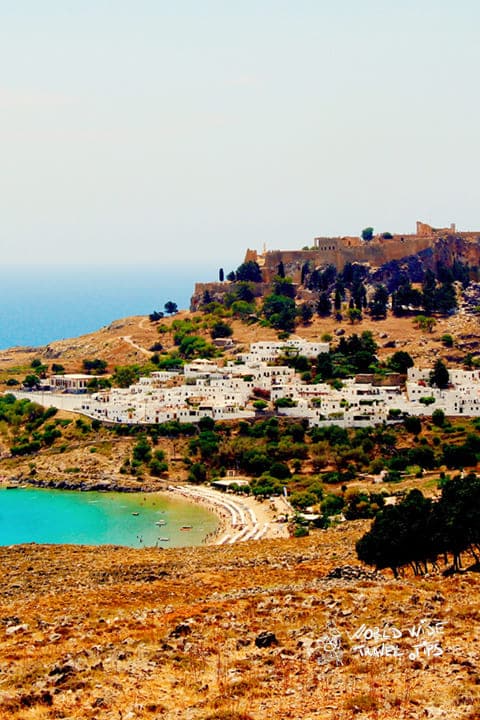 Weather forecast in Rhodes in October

In the morning and in the evening, after the sunset, the temperature decrease up to 16 degrees Celsius so warmer clothes would be needed!
Regarding the number of rainy days, things are a little bit different! In July and August, there are 0 days with rain, that is why most people consider these two months the ideal time to go to Rhodes.

In October, on the other hand, the number of rainy days increase and there are on average around 7 days of rain all around the month. For Rhodes seems a lot, but for me, it is more than acceptable!

October is still a good day to go to Rhodes. There are around 11 hours of daylight with around 8 hours of sunshine each and every day!

The sun is shining on the sky the whole day and might damage your skin, even if is October! So, don’t you ever go to the beach without using suncream with the appropriate level of protection for your skin!

Taking into consideration all the above aspects of the weather forecast for Rhodes in October, I insist that October  Rhodes forecast is perfect for your holiday!