The country of the Netherlands has its own flag and it was introduced in 1937 by royal decree.

Actually there are two Netherlands flags.

One of the country and another one of the royal family.

The horizontal red, white and blue colour flag can be seen flying on public institutions, public space and local houses. 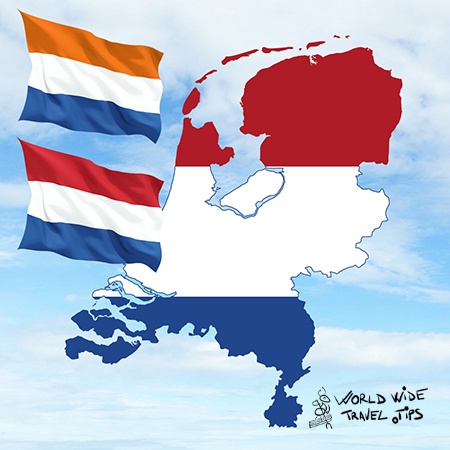 Initially, the horizontal tricolour was orange, white and blue also known as the Princess Flag and it was used by the Dutch navy during their revolts against the Spanish Habsburgs.

The orange flag combination was used until the end of the war when it was replaced with the red combination.

No one knows exactly why orange was changed with red, but there are a large variety of theories about this subject. Some historians consider that the change in the colour was due to the 1654 English-Dutch defence treaty according to which any member of the House of Orange could not become a Dutch head of state.

Other historians consider that the main reason for the colour change is the fact that over time the orange colour becomes red and most of the tricolours were altered. So, it was better to replace the colour and in this way avoid the altering matter.

And there is also the third category of people who consider that the colours were adapted from the coat of Bavaria arms, who’s House of Wittelsbach ruled the country from 1354 to 1433. 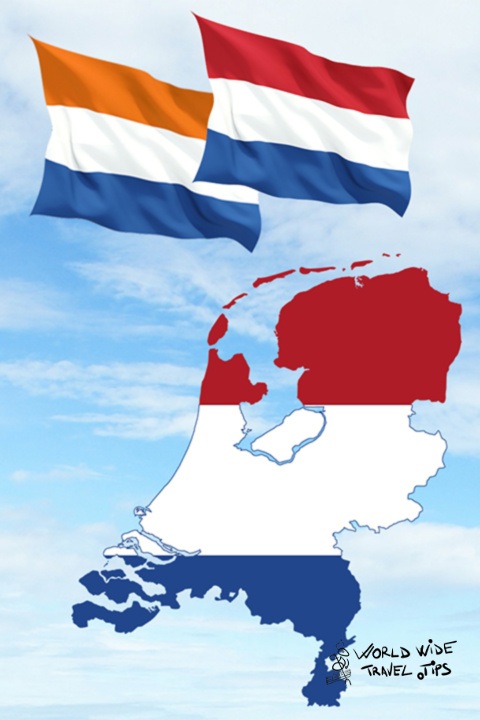 There is also another flag, the second of Netherlands flags. I am talking about the Orange flag, which is the royal family flag.

During King’s Day and other celebrations from the country, everybody has an orange flag.