I am pretty sure that when you hear about Amsterdam you are thinking of Red District and “coffeeshops”.

When I said coffeeshop I am thinking of dedicated places where you can smoke cannabis for free.

There are many other best things to do in Amsterdam, but here are the top things to do while on this city list so you can better plan your trip. 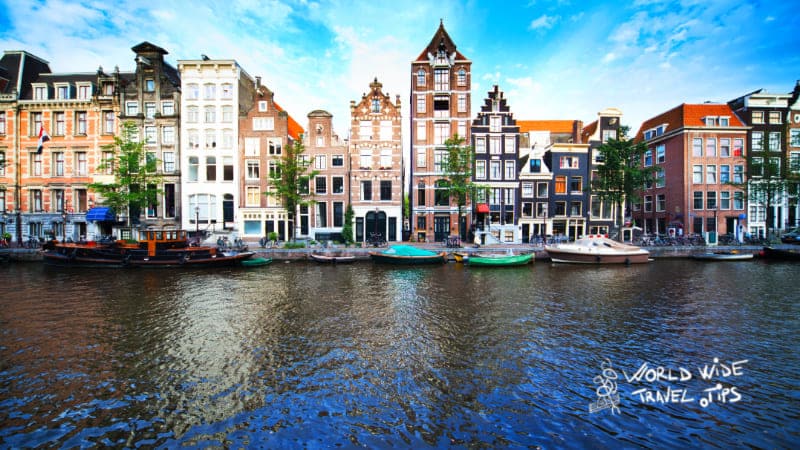 Best thing to do in Amsterdam Netherlands

Actually, Amsterdam is more than that.

It is a very beautiful and modern city with nice architecture and romantic canals.

There are so many things to do and see in and around the city.

Below you can find our top recommendations to visit.

Top things to do in Amsterdam:

1. Rent a bike and discover the city

In this wonderful city, there are almost 1 million bikes, being of the world’s most bike-friendly cities in the world. 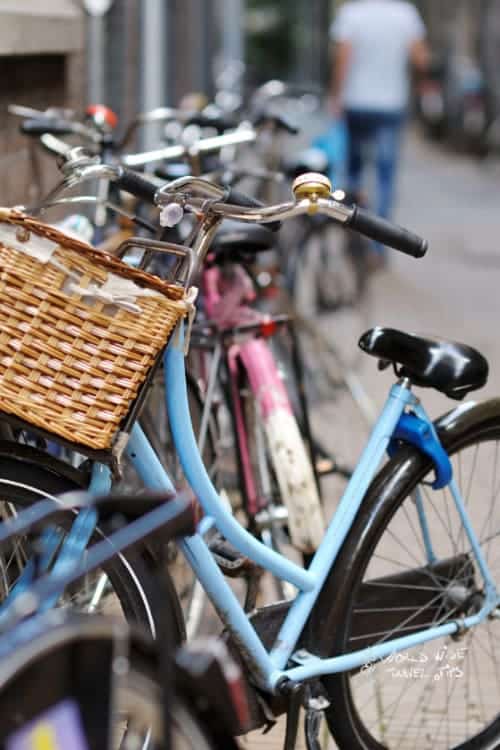 Amsterdam Bicycle rent a bike to discover the city

This is one of the best things to do when in Amsterdam to discover the streets, the canals and the city’s architecture.

2. Take a one day trip from Amsterdam

There are buses that leave very often from Centraal station to picturesque villages like Volendam, Edam or Marken.

The ride to one of these villages takes about 45 minutes and it is pretty cheap.

You have the opportunity to discover another part of Netherlands, pretty different from the city.

3. visit the windmills around

The most known windmill near Amsterdam is Zaanse Schans. It is about 30 minutes drive from the city. 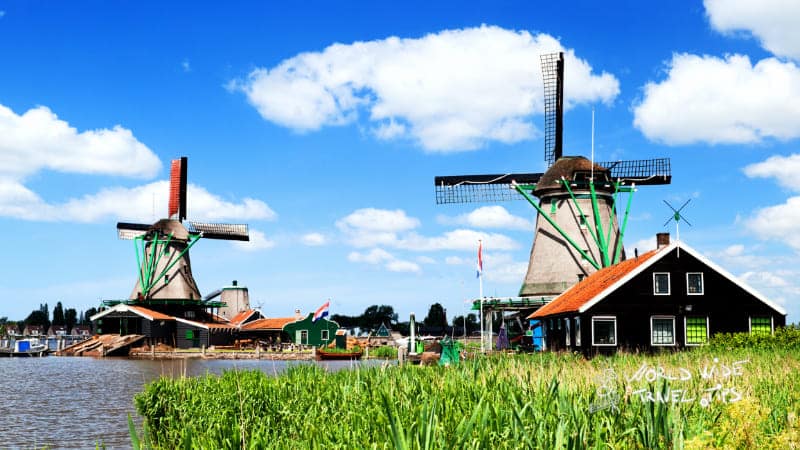 There you can find well-preserved historic windmills and houses most of them being now museums, gift shops or workshops; some are still used as private residences.

Parks have a very important role in the local culture. Vondelpark is the largest one and has about  47 acres.

Other notable parks are Westerpark, Sarphatipark and Rembrandtpark.

From the canals, the city looks different from the streets.

So, if you have time do not hesitate and take a canal cruise to see the other face of the city.

Cruises are one of the best things to do in Amsterdam.

7. Pay a visit to the Botanical Garden

The Botanical Garden from Amsterdam known as Hortus Botanicus Amsterdam is located in Plantage district.

It is one of the oldest botanical gardens in the world and a very popular attraction from the city. 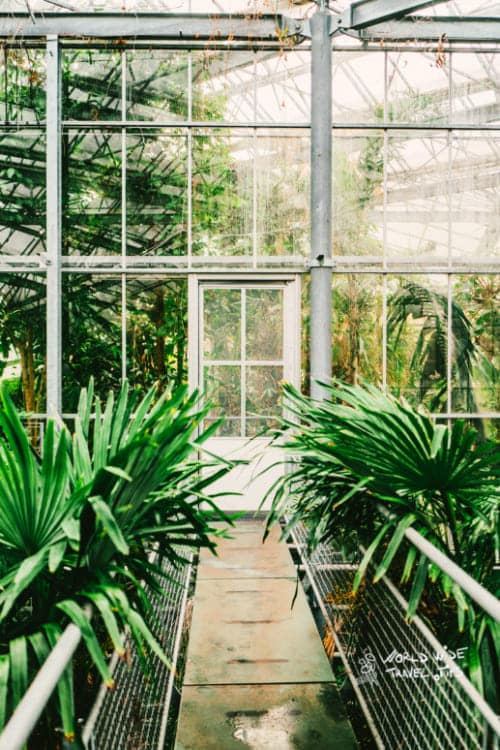 The garden was open to the public in 1638 and today is home to more than 4.000 species of plants from all over the world.

The garden has more than 1.2 hectares and is divided into 29 different sections depending on the plant species.

There are 7 greenhouses  out of which the most representative ones are:

8. Check out the Museumplein

Home to the Van Gogh Museum, Rijksmuseum, the Royal Concertgebouw and the Stedelijk Museum, Museumplein is the heart of the culture in Amsterdam.

The area was recently renovated and upgraded to the 21st-century requirements and is one of the most interesting things to do in Amsterdam, especially if you are an art lover. 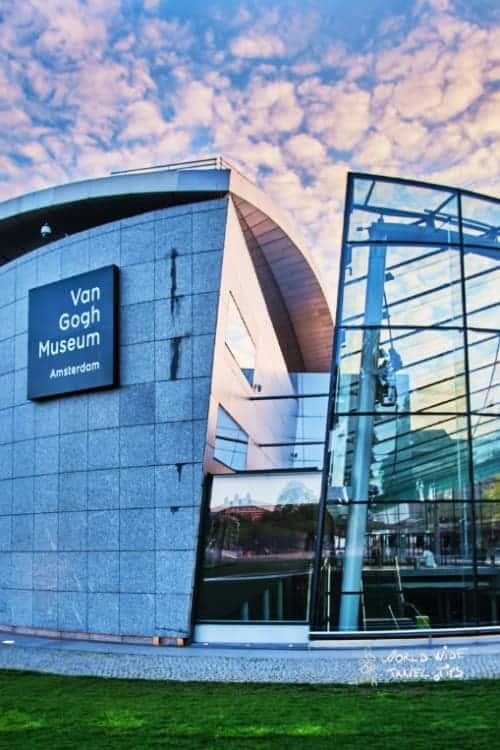 All these museums are phenomenal but if you don’t have time to visit all I would recommend you to choose the Van Gogh Museum.

It is smaller than Rijkmuseum but it has a very cosy atmosphere and an intimate vibe.

You will find here not just the great works of Vincent Van Gogh but also letters written to him to his brother and other personal items which ones belong to the great artist.

As you probably imagined, it is a very busy museum with lots of visitors from all over the world.

That is why we recommend you to book online your tickets and to secure a time slot for visiting the largest collection of Van Gogh artworks in the world.

With Amsterdam: Van Gogh Museum Ticket you will have a timed entry ticket, access to all permanent and temporary exhibitions and an audio guide tour available in more than 11 languages.

9.  Stroll along the Oud-West area

Bordering the centre of the city, Oud-West is a special place in Amsterdam with many bars and restaurants, located within walking distance from the Red Light district.

The neighbourhood is located west of Centrum and surrounded by greenery, with Vondelpark to the south and Rembrandtpark in the west. 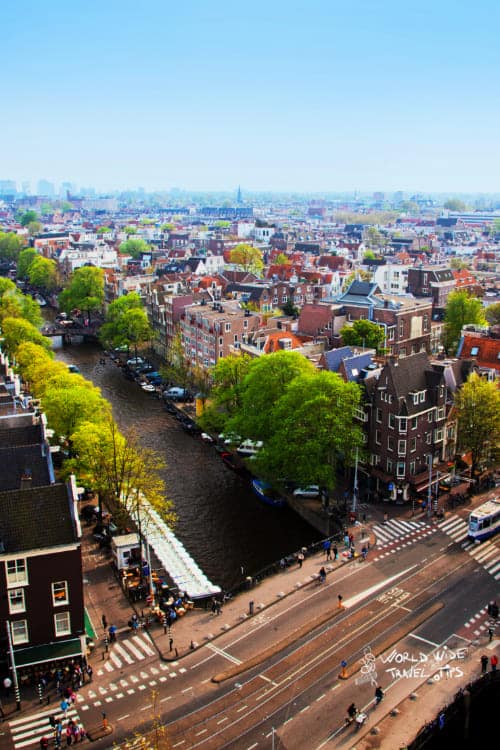 It is ideally located right near the city centre but still far enough to give you a comfortable distance from the tourist crowd.

Oud-West is a very popular and dynamic area of the city with lots of design stores, cool cafe bars and also the best restaurants in the entire city.

The are is served by tram routes 1, 7 and 17 that connect the city centre with this amazing neighbourhood.

Anne Frank was a German-Dutch diarist of Jewish heritage and one of the most discussed Jewish victims of the Holocaust.

During World War II, Anne Frank’s family hid in the Secret Annex for over 2 years, together with another family.

The tour of her house, which today was transformed into a museum will present you the story of this magnificent person, her diary and the Secret Annex where she lived for 2 years until she was discovered.

In September 1944, the family was betrayed and the secret annexe was discovered, so Anne together with her family was sent to Auschwitz-Birkenau. 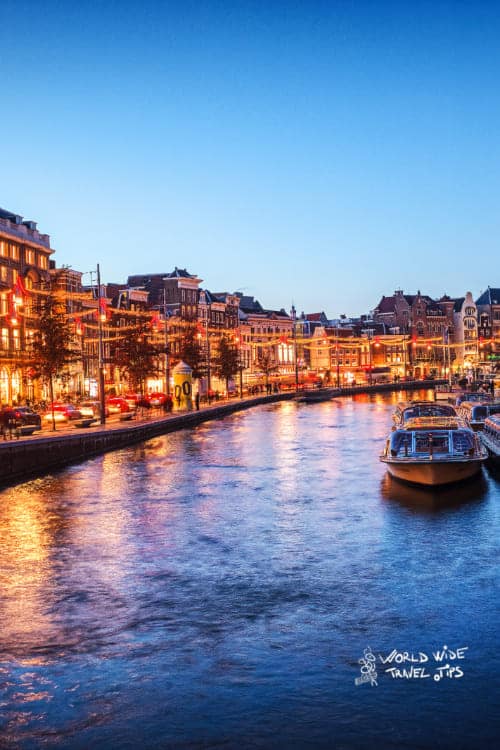 After a few weeks, they were moved from Auschwitz to Bergen- Belsen concentration camp where she dies of Typhus in March 1945.

The museum was opened in May 1960 and today is one of the most popular attractions from Amsterdam.

Because of the increased number of visitors from all over the world, now you need to pre-purchase an online ticket and timeslot.

You can no longer buy tickets from the museum entrance and you have to stick to the timeslot written on the ticket.

What I can tell you for sure is that the visit to this museum is a very emotional experience.

Brouwerij t IJ or IJ Brewery is a small brewery located in a former bathhouse known as Funen right near De Gooyer windmill. 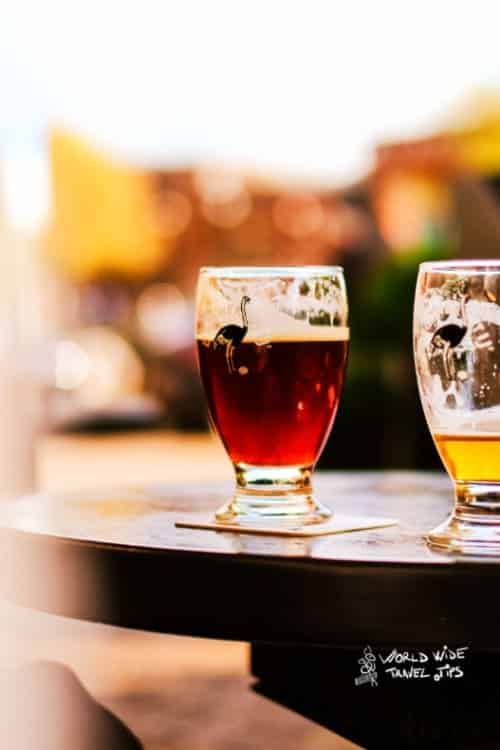 It was opened in October 1985 by a former musician and was opened in the city as a response to the consumer’s dissatisfaction with beer brewed by larger companies.

This brewer allows tours and tastings and has a nice pub with an outdoor terrace where you can enjoy a good quality beer.

12. Book a tour of the Royal Palace

The Royal Palace of Amsterdam is one of the three palaces which can be used by the monarch according to the Act of Parliament.

The Palace is located on the western side of Dam Square, right in the centre of the city. 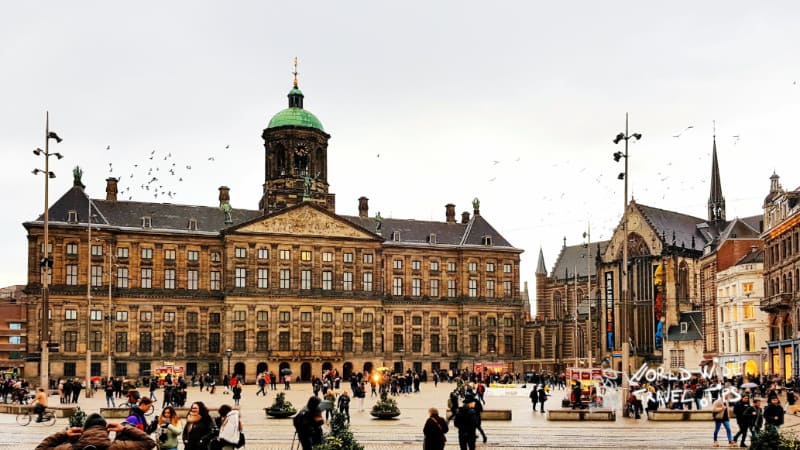 When it was built it was used as city hall for the magistrates of Amsterdam and was the biggest building in Europe until the beginning of the 17th century.

Today the palace is used for Royal Events like reception of the foreign heads of states when they visit Netherlands, for King’s New Year reception and other official events.

The palace was opened to the public many years ago and visiting it is one of the most interesting things to do in Amsterdam.

Before heading to the palace consult the official website and their calendar just to be sure that the Palace is open to the public and no Royal events are in place.

The canal houses are now added to the UNESCO World Heritage starting with 2010 so you cannot visit Amsterdam without paying a tour of this beautiful constructions. 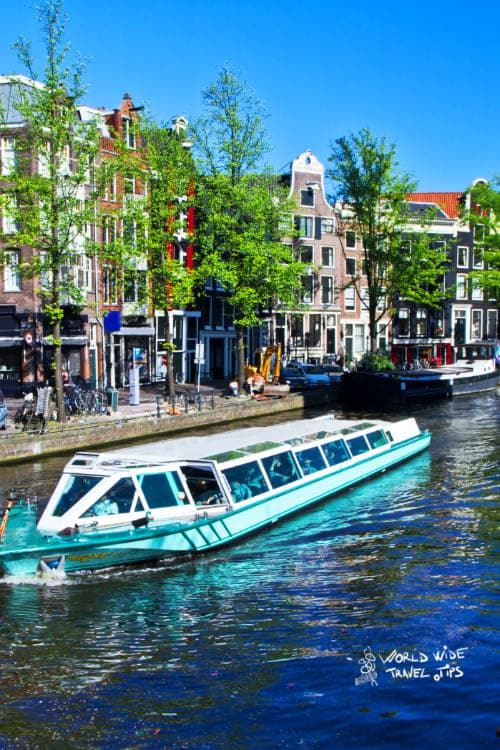 Many of these houses are built in the heyday of Amsterdam in the 17th century, the period also known as the Golden Age of Netherlands.

What makes these houses so special is the way they were built, on high stilts, on a layer of sand.

Other characteristics of these buildings are the stairs which were used as followed: the up stairs for important visitors and the down stairs for merchants and servants.

There are many options when we are talking about Amsterdam.

From simple hostels to fancy hotels you can find everything you want.

We chose to sleep at because it has high scores on the internet and was close to a metro station.

With the metro, you can get everywhere in the city.

It doesn’t take you long to reach the city centre from !

Trust me! It has one of the best quality-price ratios from Amsterdam!

Amsterdam is one of the best destinations for a city break in Europe and if you will check on your list the above top 5 things to do in Amsterdam, you will make your trip unforgettable.

It is a very vibrant and modern city with many best things to do and see.

For sure you should include it on your Europe trip.