Every one of us wants to visit Rome, Milan or Venice. But no one ever heard about these beautiful Italy cities and towns.

All these places are amazing and have their own charm, but unfortunately, not many people hear about them and visit them! 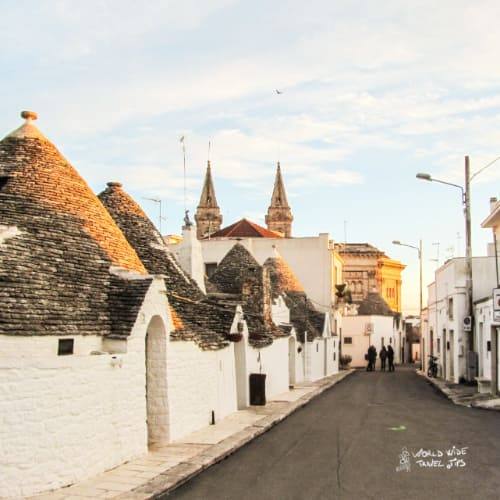 Here ARE the 5 most underrated cities and towns from Italy:

Alberobello is the most underrated town in Italy. It is located in the province of Apulia and is famous because of its Trulli. 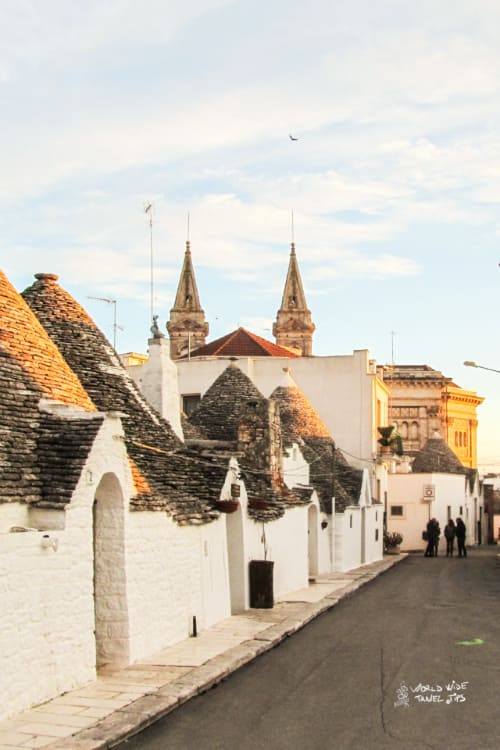 A trulli is a white housewashed house made from stone with conical roofs. There are hundreds of such houses in this city. It looks like a fairytale village, like the smurfs village from the movie!

The town itself is an attraction and walking around on foot is the best way to explore the area.

Where to sleep: Le Alcove Luxury Hotel Nei Trulli Alberobelo , a 5 stars hotel located close to the town centre is our option for your overnight stay.
This is your chance to sleep in a traditional Trulli right in the centre of the town, a UNESCO World Heritage Site.

Located on the Adriatic Coast, Rimini is one of the most picturesque towns of Italy.
The place is famous for its vibrant nightlife, beach clubs and shallow waters, ideal for a swim.

Rimini, one of the best Italy cities and towns, is home to one of the oldest bridges in the country, Ponte di Tiberio and many other historic monuments like the Arch of Augustus. 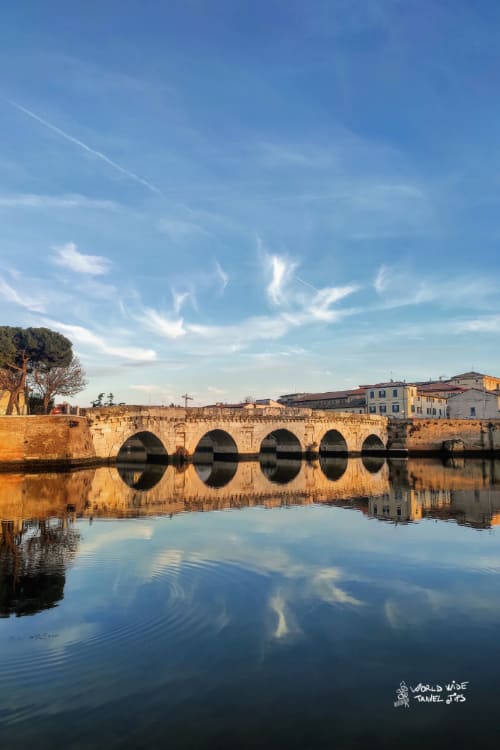 Another great way to spend your afternoon is to take a visit to Italia in Miniatura, or Mini Italy, a mini version of the peninsula, with cities and towns and wonderful landscapes reproduced on a smaller scale.

Where to sleep: Duomo Hotel Rimini is our choice for Rimini. This stylish and chic hotel is located in the historical centre of the city.
There is a shuttle bus from the beach to the hotel and bikes can be rented for exploring the city.

Located in the northern part of Italy, Bologna is one of the most beautiful and charming cities from the peninsula.

Piazza Maggiore, the Renaissance building of City Hall, Basilica di San Petronio and Fountain of Neptune are just some of the places which should be visited when in Bologna. 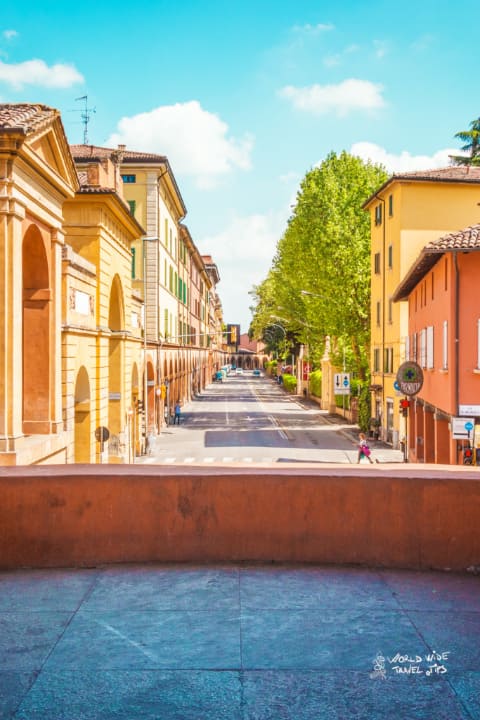 Drink a coffee and eat a traditional pastry on a terrace in one of the city’s Piazza after a long day of exploring! It is a very relaxing way to spend some time with your friends.

Where to sleep: Hotel Corona Oro Bologna is our choice for Bologna. It is a beautiful hotel located close to the city centre within a walking distance from the main attractions of the city.
The rooms are clean and nice, some of them having a wonderful view of the city.

4. Parma, one of the most charming of all Italy cities and towns

Famous for its local ham and the Parmesan cheese, Parma is one of the top attractions of the peninsula.

The city has many beautiful attractions and many historical buildings like the Cattedrale di Parma, Galleria Nationale di Parma, Pallazo della Pilotta and Baptistery of Parma. 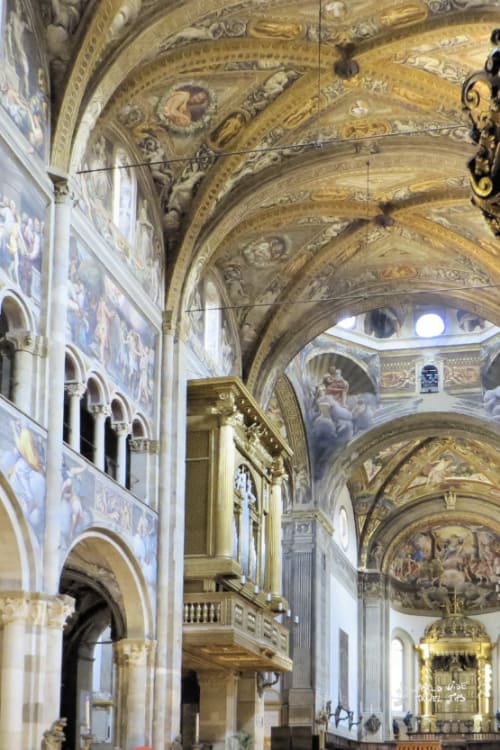 If you are a classical music fan or just want to spend some quality time with your friend, we recommend you to book a ticket at Teatro Reggio, a 19th-century building with a great acoustic.

Where to sleep: Ibis Styles Parma Toscanini Parma is our proposal for Parma. It is a beautiful 3 stars hotel located close to the city centre right on the banks of the Parma River.

The rooms are clean and the breakfast is varied. It is s great choice for your overnight stay in Parma!

Sperlonga is a coastal town in the province of Latina, right between Rome and Naples.
It is an important historical place with many beautiful attractions. The Roman Sea Grotto discovered right near Villa Di Tiberio a very important ancient ruin and a museum complex is the main attraction of the town.

While in Sperlonga, one of the most underrated Italy cities and towns, include on your list Torre Truglia, a beautiful tower overlooking the sea, the golden sandy beach of Spiaggia di Sperlonga and the historical centre of the city. 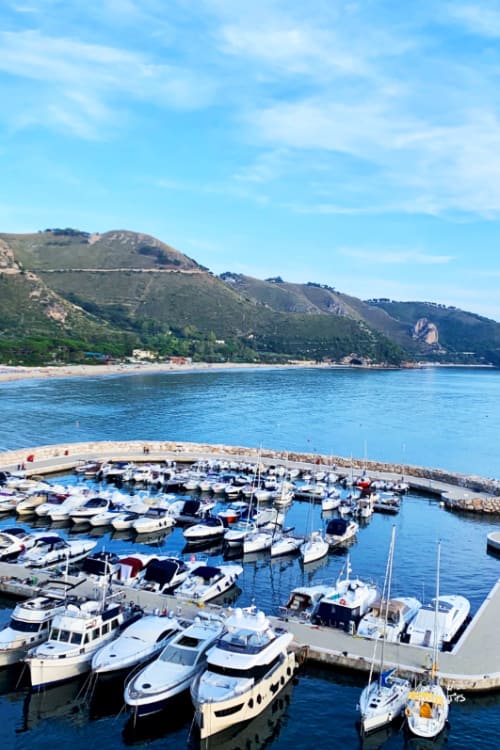 Where to sleep: Our top choice for Sperlonga is Casamediterranea Sperlonga . It is a Mediterranean style guesthouse built on top of a hill, near a vineyard and overlooking the sea.

The property has an outdoor pool, a BBQ and a nice outdoor garden overlooking the sea and the vineyard.

These are one of the most underrated destinations from Italy! You will be fascinated by their piazzas and old buildings!

Explore each of these places and enjoy your time spend abroad tasting the local dishes and drinking their local wine!

I bet you’ll come back with great memories of your Italian trip!

Awesome post! We have been to all these underrated towns except Bologna! ?Sperlonga...making sure our next trip includes Bologna!

Hi Cindi! You definitely should include Bologna in your itinerary because it is quite an amazing place! You will spend memorable moments there, that is for sure!