With more than 6.000 islands and islets spread all over the Ionian and the Aegean Sea, you definitely need a list of Greek islands with airports for better planning your next holiday.

Out of these islands only around 220 are inhabited and some of them are so small that there is no place to build an airport there.

These tiny islands can be reached only by ferry and are some real oasis of peace and serenity, places where the greek culture and traditions are still alive. 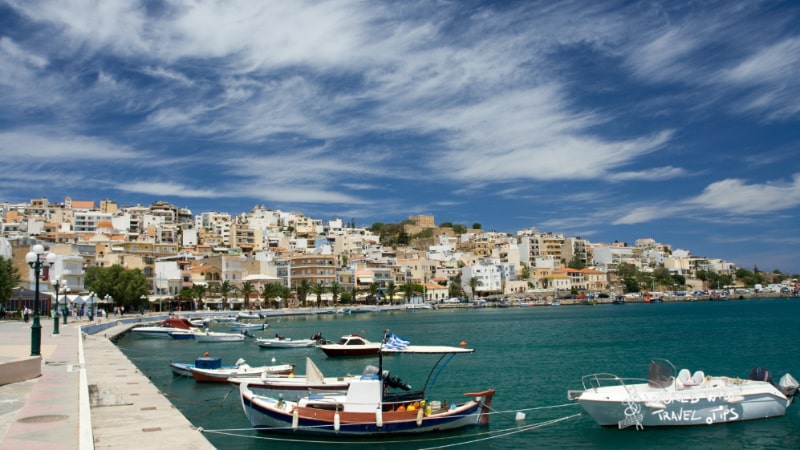 But unfortunately, most of us don’t have a lot of time to spend travelling on the sea for hours and we prefer to use the plane.

For the past couple of weeks, I have been searching and making this list with all the islands from Greece with airports.

To be easier for you to plan and organise your trip, I chose to split the Greek islands into the following categories based on their location:

The largest Greek island and one of the largest from the Mediterranean Sea, Crete has two main airports: Chania and Heraklion and a smaller one named Sitia. 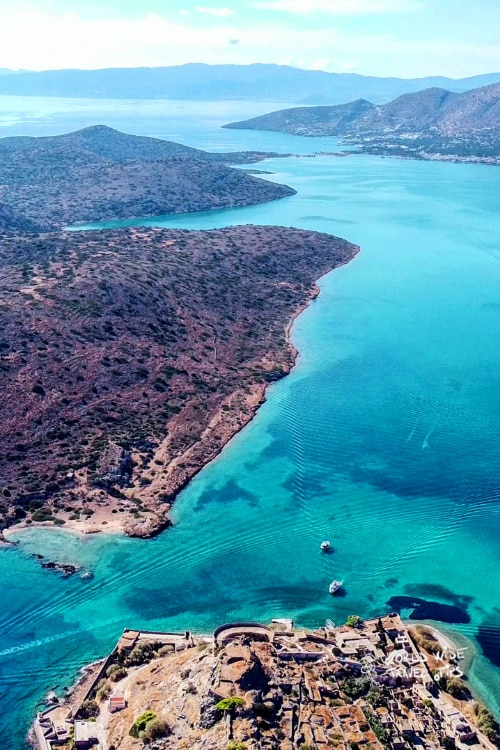 Located 4 kilometres away from Heraklion city, the Heraklion International Airport “N. Kazantzakis” is the second largest from the island.

It is transited by more than 8 million passengers each year and is located in the middle of the island. 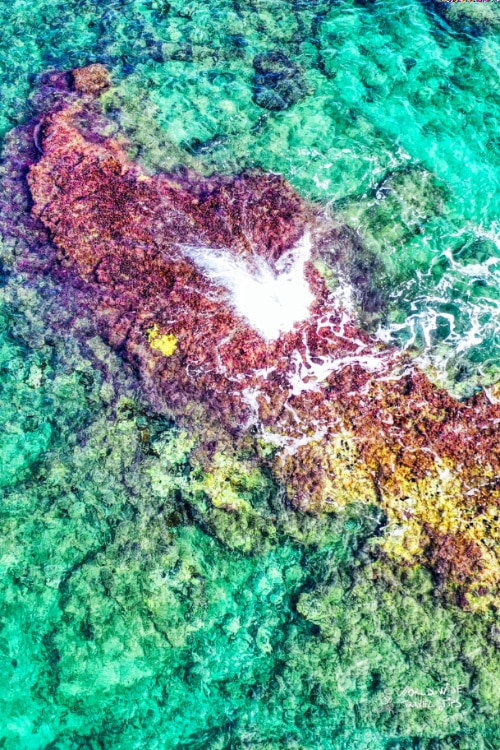 Chania “Ioannis Daskalogiannis” is located in the Akrotiri peninsula, 14 kilometres away from Chania town.

This airport is mainly used for domestic flights from Thessaloniki and Athens, and during summer season also for charters from main European destinations. 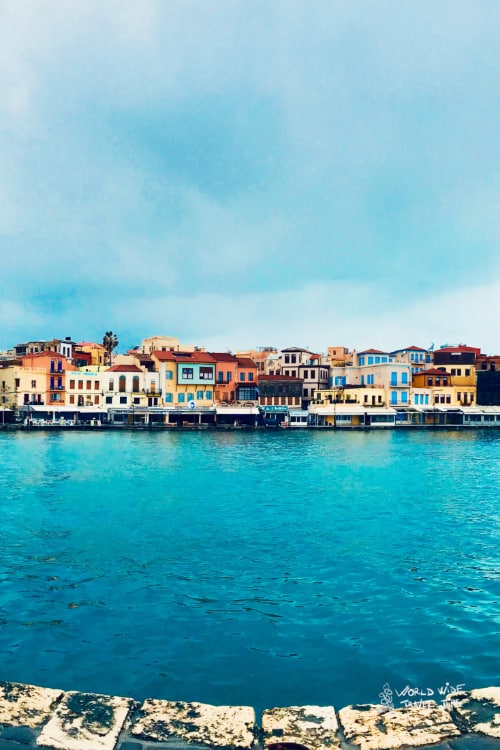 This is the smallest airport from the island, located in the eastern part of Crete and it is open only during the summer season. Here use to land charter flights operated by Olympic Air, Sky Express, Scandinavian Airlines and Jet Time. 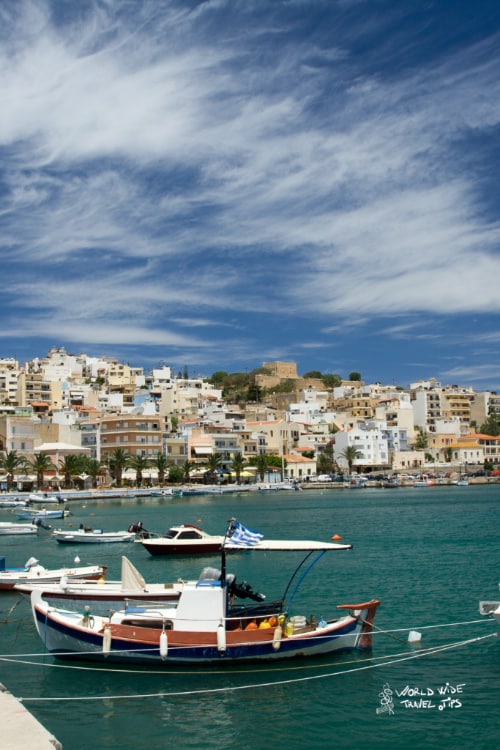 The list of Greek islands with airports continues with the islands from the Sporades which are large enough to accommodate an airport.

And the main islands from this category are Skiathos and Skyros.

The national airport from the area is Alexandros Papadiamantis airport which is used for domestic and international flights. 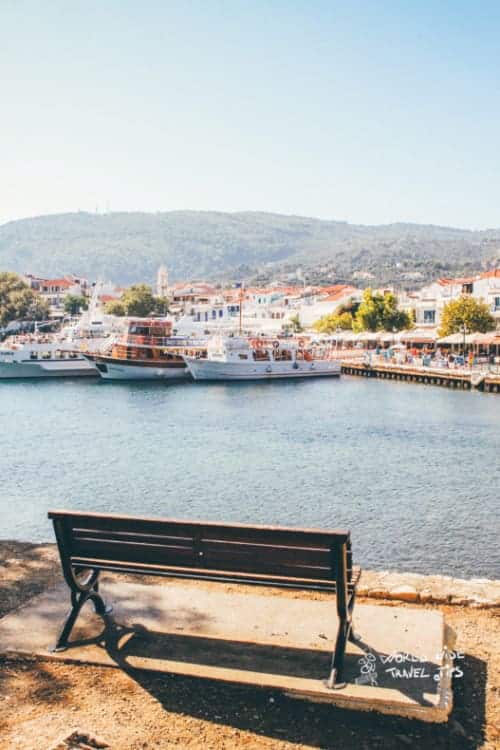 The small island of Skyros has its own airport located 17 kilometres north from the main town called Trachi.

The airport was opened in 1984 and is used mostly for domestic flights – connection with Athens and Thessaloniki. 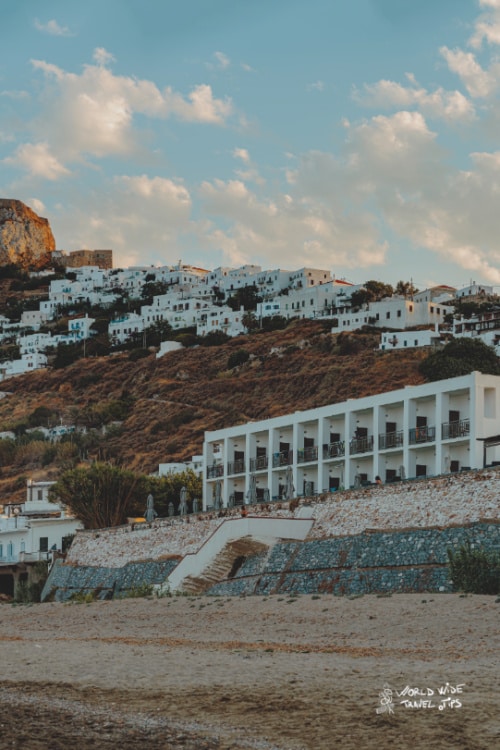 The Dodecanese islands are a group of 12 islands, out of which 7 have their own landing strip.

This is the largest airport from this group of islands and is located in the northern part of Rhodes island, 15 kilometres away from Rhodes town.

It is one of the busiest airports from all over Greece with regular domestic flights to and from Thessaloniki and Rhodes, as well as charter flights from most European countries. 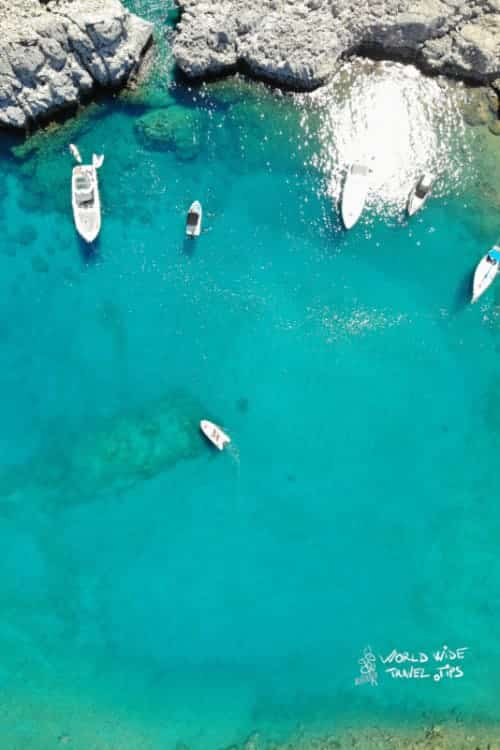 Companies like KLM, Sky Express and Aegean Airlines operate flights on this airport, especially during the summer season.

The list of Greek islands with airports continues with the beautiful island of Kos has its own airport located right in the middle of the island, near the village of Antimachia.

The landing strip of this popular island is mostly used for domestic flights and during summer season charters from many European destinations bring tourists on the island to spend their summer holiday. 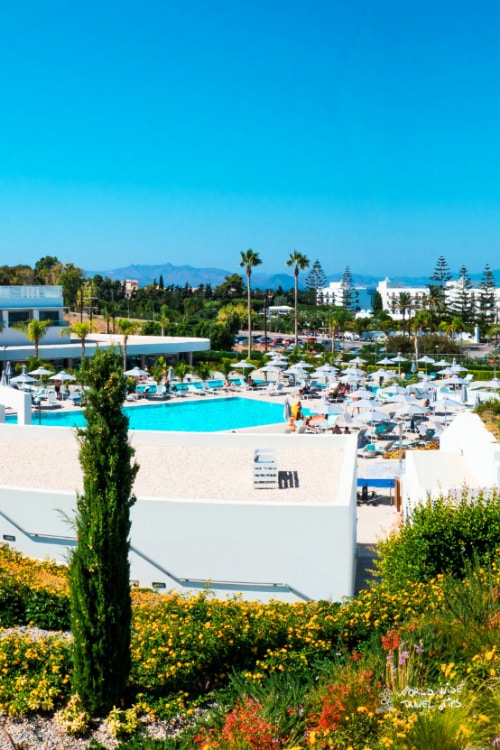 With less than 15.000 passports over one year, Astypalaia airport is one of the smallest from the area.

It is mainly used for domestic flights to and from the main cities of Greece, Athens and Thessaloniki. 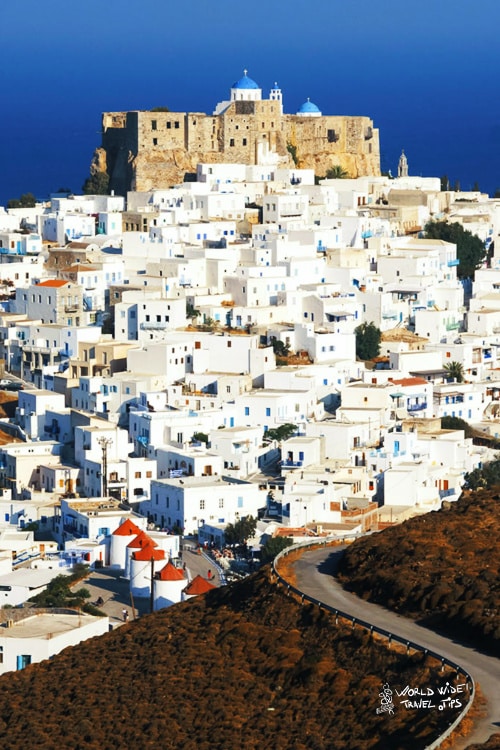 The first airport from this holiday destination was opened in 1970 and because the island is extremely beautiful, the number of tourists continues to increase from one year to another, making the airport unusable.

So, between 2005 and 2009 a new large and modern airport was built to answer the increased number of passengers which transit the island each year. 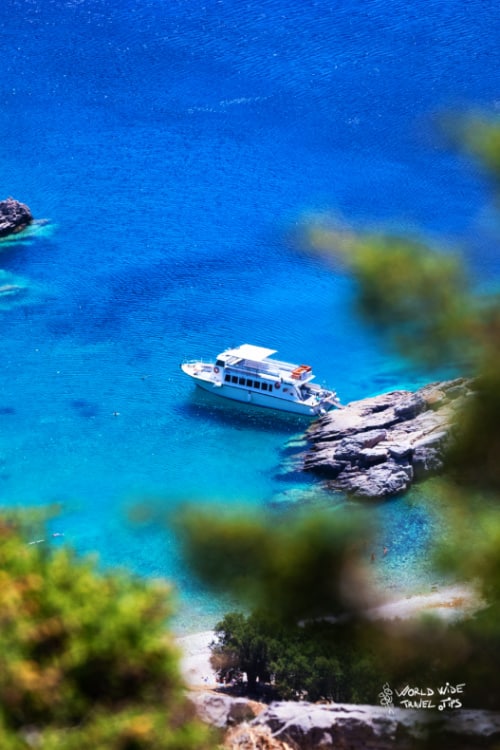 The beautiful and small island of Kalymnos is home of a cosy airport which is used for domestic flights and charters from all over Europe during the summer season. 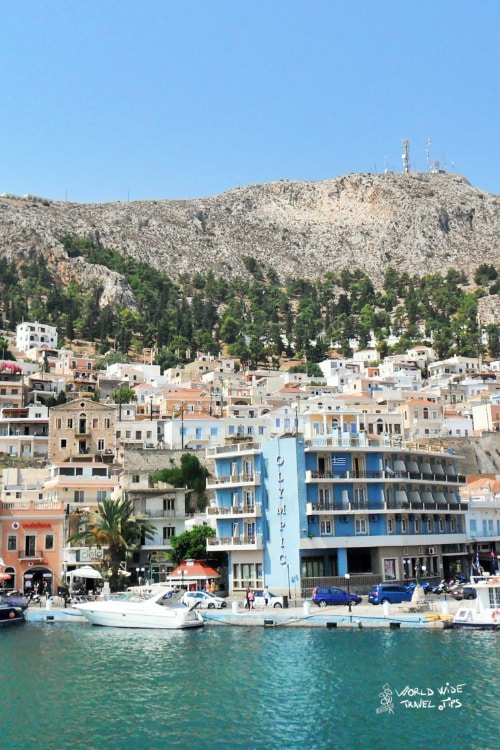 This landing strip, as well as Kasos, is used just for domestic flights with small aircraft from and to Rhodes, Athens and other nearby islands.

The Cyclades group of islands has great connections with Greece mainland as well as many European countries.

The list of Greek islands with airports goes on with Mykonos which has one of the busiest airports from Greece.

The airport is located 2 kilometres away from the town with the same name and 4 kilometres from the port which serves ferries to many other Greek islands. 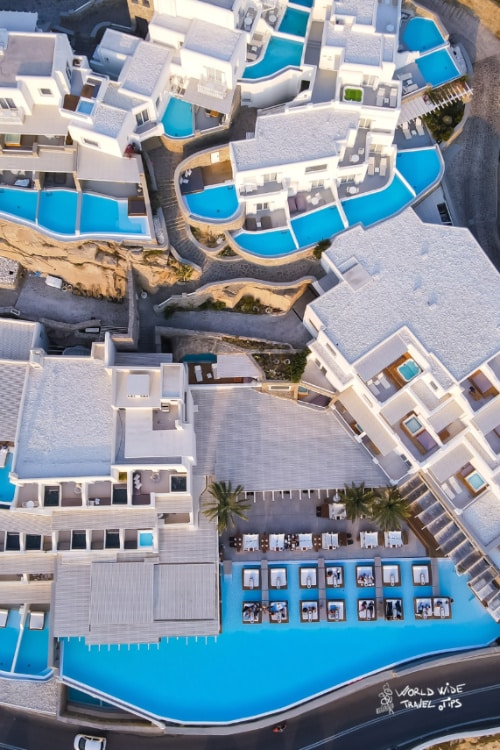 There are daily flights to and from Athens and Thessaloniki and also many charter flights from abroad in summer.

To get from the airport to the city or to your hotel you can choose to take public transport, arrange a private transfer or rent a car.

Located 6 kilometres away from the island capital, Fira, the landing strip is in the region known as Monolithos/ Kamari and is served by domestic and international flights and is easily accessible from major European cities. 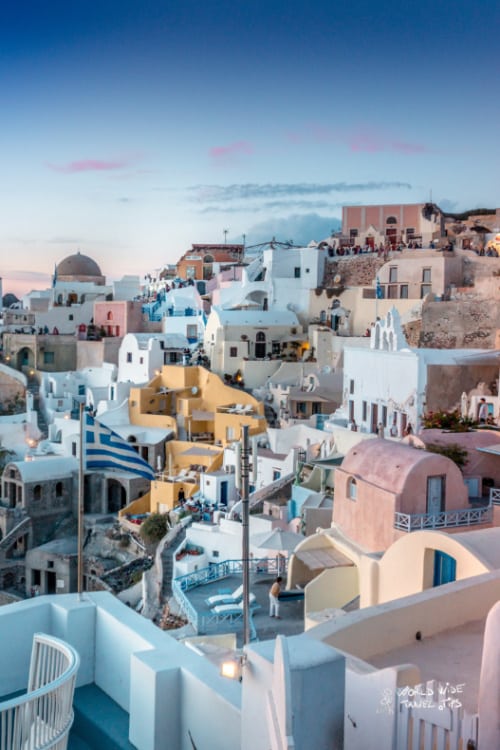 Thanks to its convenient location, close to the island’s port, the airport is also used by tourists interested in reaching the nearby islands from the Cyclades, being the best point for starting an island-hopping trip.

9 kilometres away south of Parikia, in the region, Alyki liest the landing strip of Paros used for domestic flights from Athens and charters from Germany, UK and other European countries. 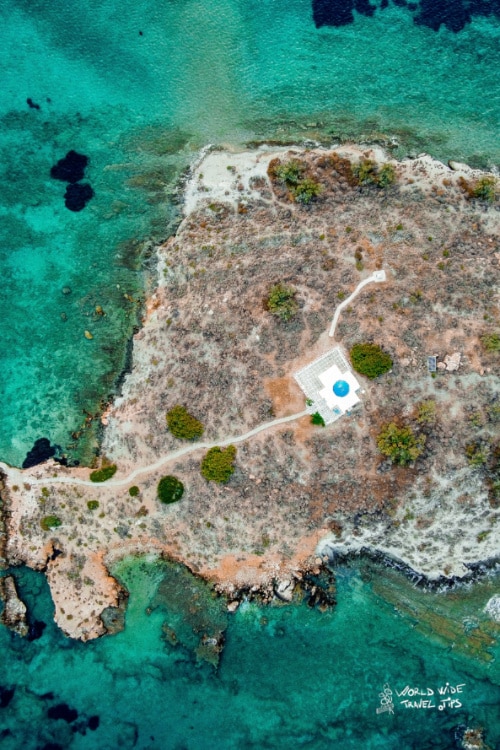 The small airport of Milos is mainly used by small aircraft which operate domestic flights from mainland Greece.

It is located in the region called Zephyria, 5 kilometres away from Adamas and is one of the most dangerous airports in the world because of its position. 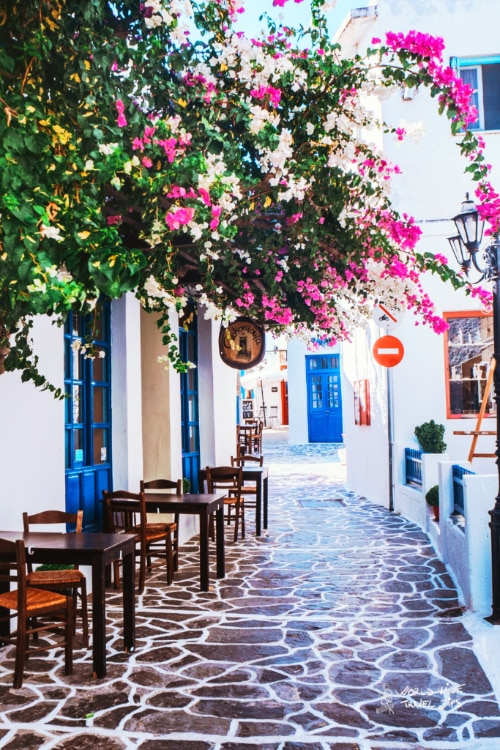 With one single runaway, Syros airport is used only for domestic flights to and from Athens. 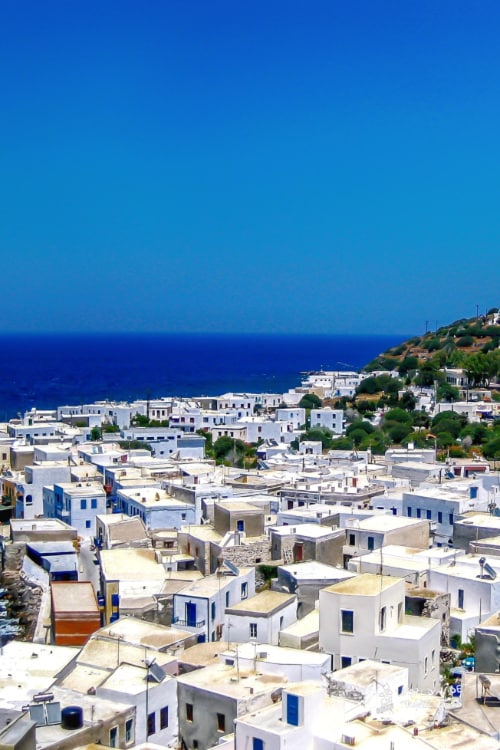 Eptanisa or the Ionian sea

From the total of 7 Ionian islands from this group, 4 of them have their own airport, so the list of Greek islands with airports goes on with: Kefalonia, Zakynthos, Kythira and Corfu.

Kefalonia’s airport is located 8 kilometres away from Argostoli and is an extremely busy place especially during the summer season.

It operated domestic and international flights from many European cities, especially during the summer season. 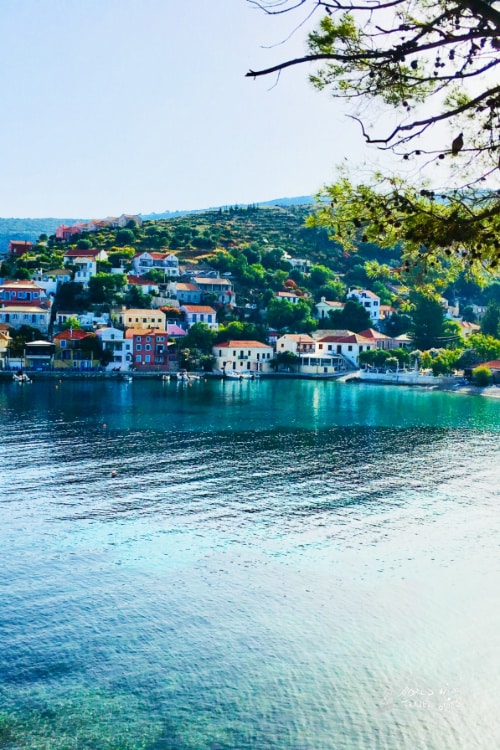 With more than 2 million passengers each year, Zakynthos airport is one of the most transited airports from Greece.

It is located 6 kilometres south of Zakynthos town and operates domestic and international flights from all over Europe. 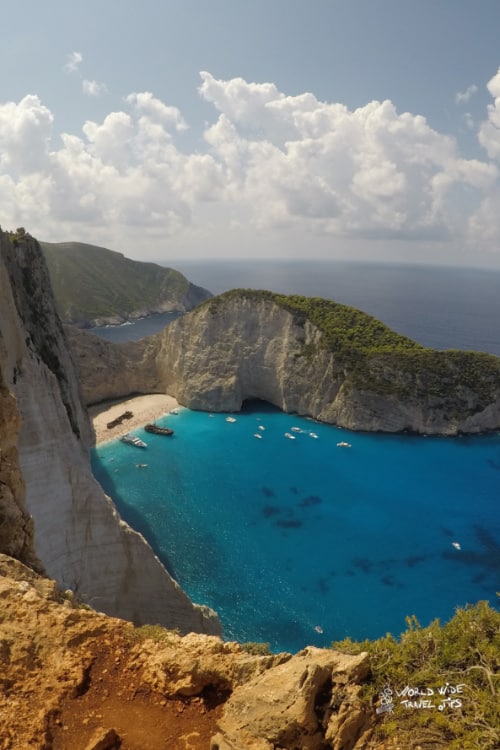 Located in the region of Perama and transited by more than 3 million passengers from all over the world, this is one of the island’s hot spots, especially during the summer season. 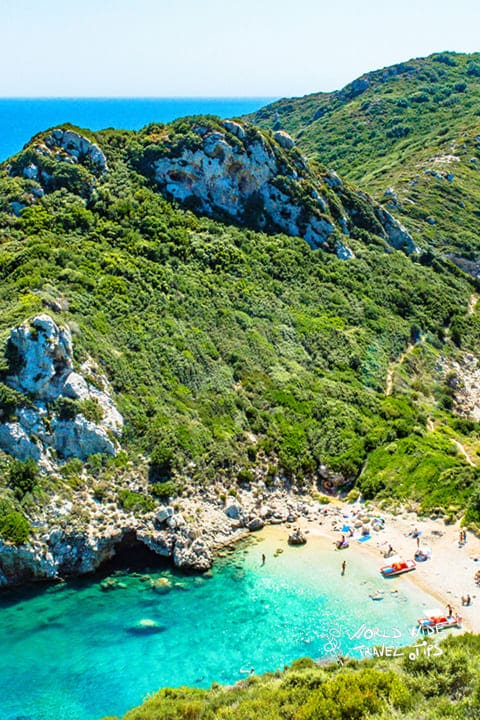 This group consists of 16 islands belonging to Greece and 2 small islands that belong to Turkey.

From all 16 islands, just 5 have their own airport: Lesvos, Samos, Lemnos, Chios and Ikaria.

Lesvos airport known as Mytilene International Airport is the largest from the area and is visited by more than 500.000 people on a yearly basis.

Sky Express and Olympic Air have regular flights from Athens and Thessaloniki, while during summer season some charter companies offer direct flights from European cities to this island. 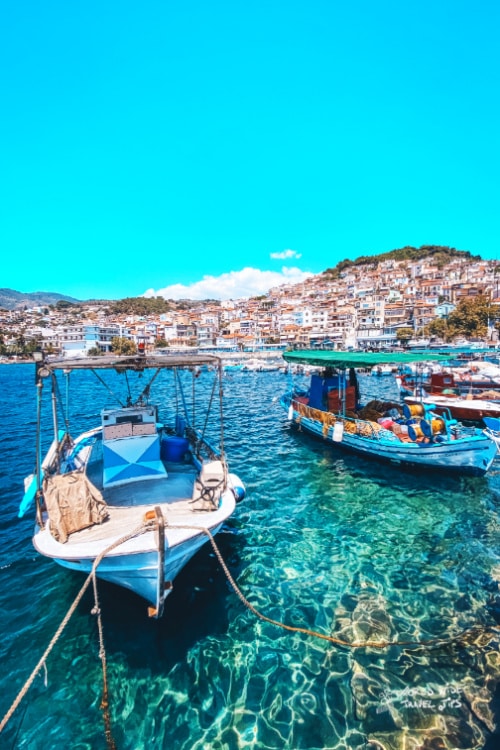 Operating domestic flights from Athens, Thessaloniki and some nearby Greek islands and some charters from Europe during summer season Samos airport is the main gateway to the world for the island citizens. 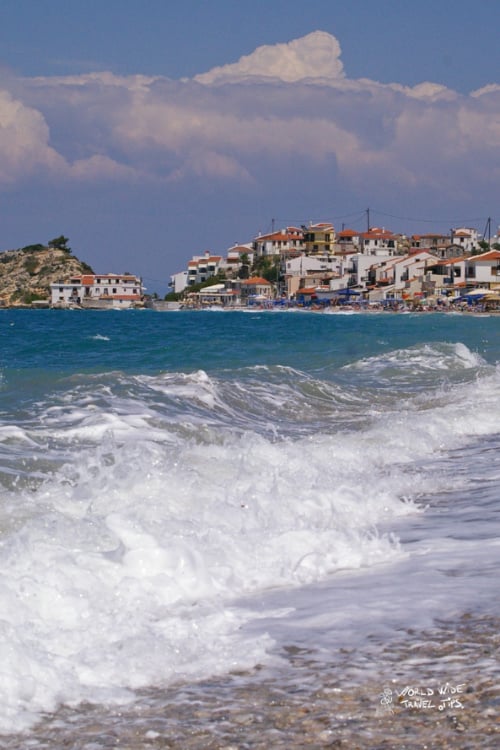 The list of Greek islands with airports continues with Lemnos which airport is located right in the heart of the island.

It receives flights from Athens, Thessaloniki and some European destinations including London Heathrow during summertime. 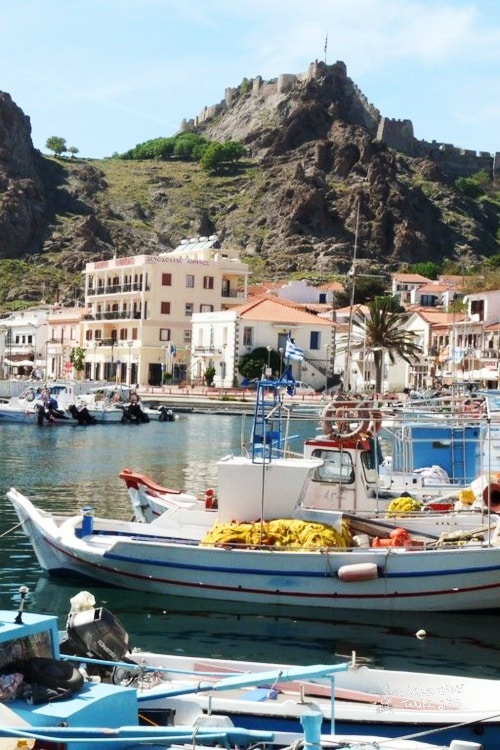 One of Greece’s hidden gems, Chios is a beautiful island with more than 60 beaches and has its own airport.

The airport is small and is used just for domestic flights from the main Greek cities, Athens and Thessaloniki. 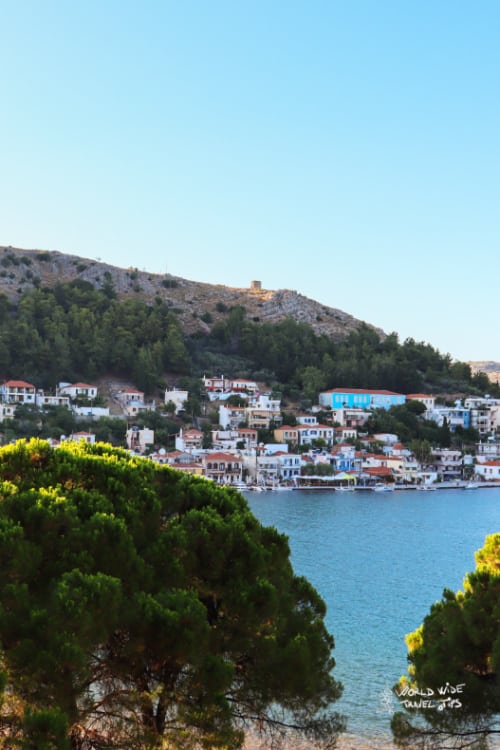 Used only for domestic flights to and from Athens, the small airport from Ikaria is the main gateway to the world for this island. 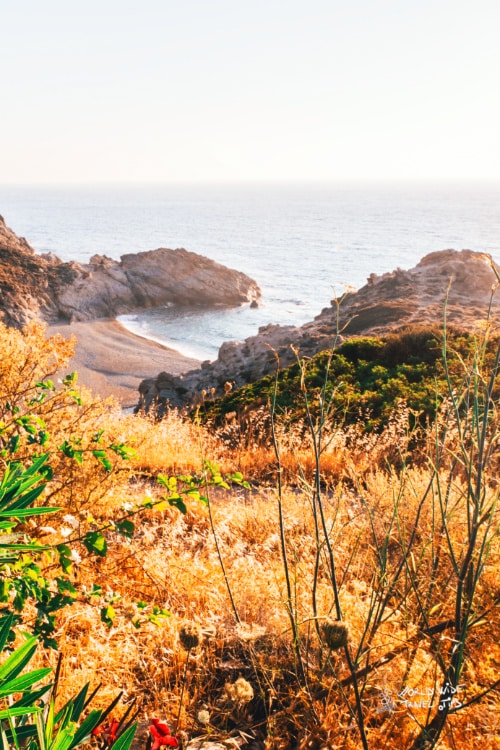 These are all the Greek islands with airports where you can easily travel for your summer destination.

All of them have direct flights to and from Athens and in less than one hour you reach your destination.