Skip to Content
Home  »  Russia RUS   »   Where is Russia located, is it Asia or Europe?

The largest country in the world, almost twice the size of the United States is located in the Eastern Europe and the northern part of Asia, so this is where is Russia located exactly.

Russia, once part of the Union of Soviet Socialist Republics (USSR) became an independent country in December 1991, when the USSR fell apart. 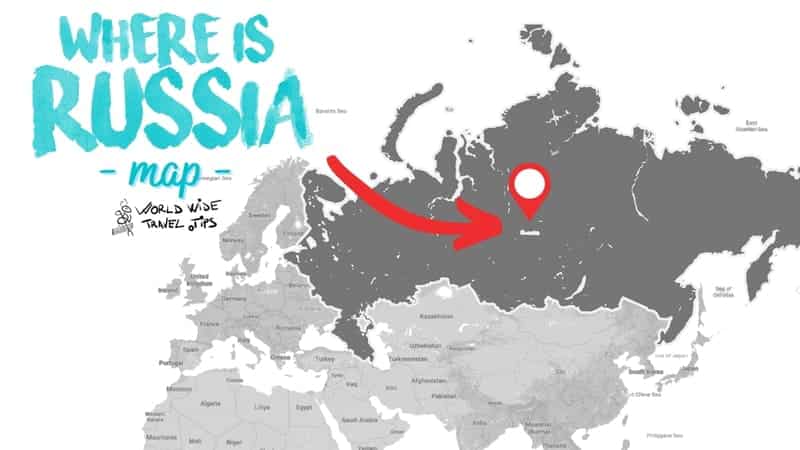 Where is Russia on map

Everything which is related to Russia is measured in big numbers because it is the largest nation on Earth.

Russia occupies about one third from Europe’s surface and the whole part of the northern Asia continent, so that is why it is split into European Russia and Asian Russia.

Here, in this magnificent country, you can find all the environments and landforms from Earth: desert, semi-arid steppes, vast surfaces covered with forests and the Arctic tundra.

The country is also home of the longest river in Europe, Volga and the deepest lake in the world, Lake Baikal.

On the arctic region of the country, it was recorded the lowest temperature on Earth outside the North and South poles.

Where is Russia located and Geography

Approximately two-thirds of the frontier is bounded by seawater and Russia shares a maritime boundary with the United States and Japan. 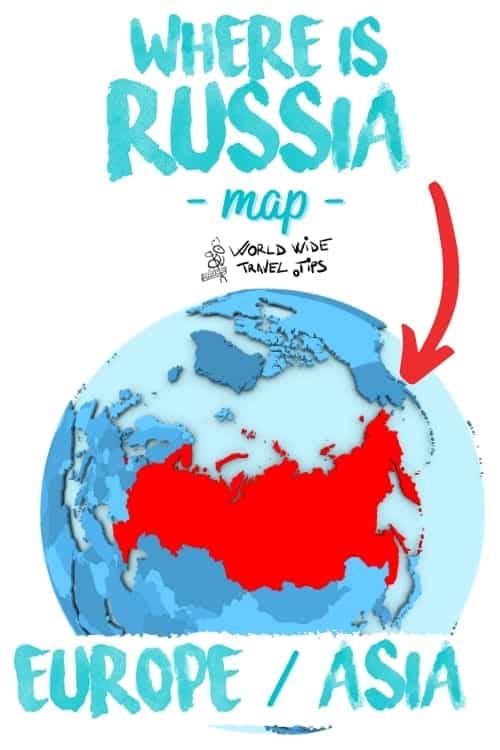 Is Russia a continent or largest country

The Russian relief varies from desert to the frozen coastline, tall mountain ranges (the Caucasus Mountains or the Ural Mountains) and giant marshes.

Actually, the Ural Mountains which are among the most famous one, are the boundary between European Russia and Asian Russia.

A large part of the country is covered by steppes which are large areas of treeless plains and there is also Siberia, which occupies about three-quarters of Russia and is dominated by coniferous forests (especially pine trees) known as taigas.

The country has more than 100.000 rivers including one of the longest and most powerful in the world with Volga river being the most famous.

It also has a lot of lakes out of which I will name Ladoga and Onega, which are two of the largest lakes in Europe.

And speaking about lakes, we definitely have to mention Lake Baikal from Siberia which has the largest water quantity in the whole world.

As you probably expect, Russia is home to a large variety of ecosystems and species, one of the most diverse countries in the world.

It has forests, steppes and tundras and all these unique landscapes provide a secure home for many rare animals like Asian black bears, snow leopards, polar bears and even rabbit-like mammals known as pikas.

Not to mention the famous and elusive Siberian tiger which is the largest cat in the world.

The first national park from Russia was set up in the 19th century during the powerful Russian Empire, but unfortunately, a large number of years with increased and unregulated pollution affected the wildlife.

At the moment when we are speaking, a very small percentage of Russian territory is protected by laws and regulations, just about 1%.

Russia is one of the richest countries in the world when speaking about the raw materials that have significant inputs for an industrial economy.

About 20% of the world’s production of oil and gas is owned by Russia, and it also has the largest reserves from both fuels.

Russia is also self-sufficient in nearly all major industrial raw materials and has important reserves of tin, bauxite, tungsten and mercury.

Among the other important resources that this amazing country has I would name: iron, manganese, chromium, nickel, platinum, titanium, tin, lead, copper, diamonds, gold and phosphates.

And now a few details about Russia’s inhabitants which, by the way, are called Russians.

So, from the total of 145 million people, most of the inhabitants are ethnic Russians, but there are also more than 120 other ethnic groups which live in this country and they speak more than 100 languages.

Many of these ethnic groups are small (just a few hundred individuals), while the most numerous ones are Tatars, Ukrainians, Chuvash, Bashkir, Armenians and Chechens.

The ethnic diversity is reflected in the 21 minority republics, 10 autonomous districts and some autonomous regions which are part of the Russian Federation.

From the Arctic part of Russia, in Siberia, as it is called, cities such as Vladivostok and Irkutsk flourish in the last years. 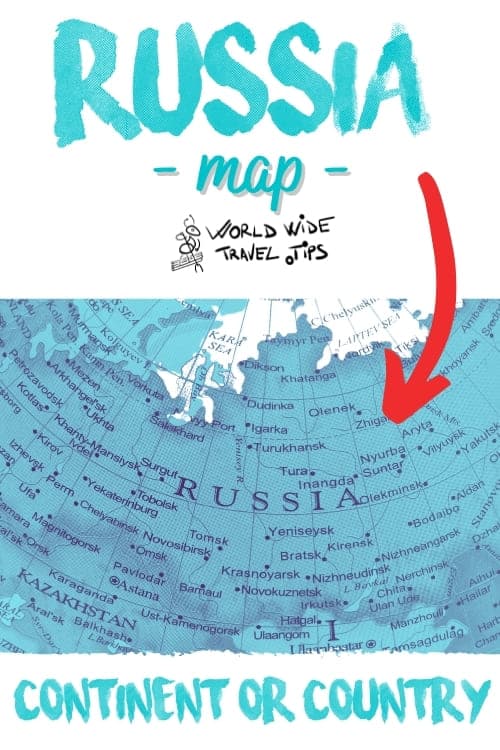 Where is Russia located Russia is it Continent or Country

From the language point of view, the population of the country can be split into:

Russia is in the first places in the world when speaking about people with college-level or higher graduates (about 54%).

In this magnificent country, there is a free education system which is guaranteed for all citizens by the Constitution.

So, you don’t have to be surprised to find out that most of the world’s scientists are Russians or that they managed to reach the Moon first.

Domains like mathematics, medicine, science and aerospace are very popular in Russia and the best world scientists come from this country.

Starting with 1990, the 11-year school education has been introduced and it is free of charge.

More than that, most of the universities are free of charge and a large part of the students are enrolled for free.

All citizens of Russia have access to a free and universal health care system according to the country’s constitution.

In practice, things are not like that as access to free health is conditioned by the mandatory registration.

Russia has more hospitals, doctors and health care workers than any other country in the world on a per capita basis. 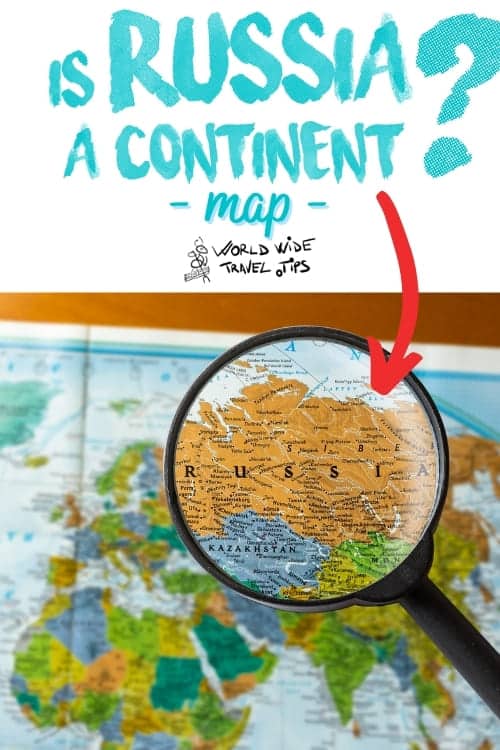 Is Russia a continent or largest country in Asia

Based on a study conducted in 2019, the average life expectancy at birth in the country is 72 years ( 67 years for males and 77 years for females).

The main factor which contributes to such a lower life expectancy for males is a high mortality rate among working-age males.

A vast part of the country lies at altitudes where the winter is cold and harsh and where the evaporation process can barely take place putting in difficulty the abundant rivers, lakes and swamps.

Most parts of the country are covered in the snow more than 6 months each year and the soil is permanently frozen so it is impossible to cultivate anything on it.

The average temperature per year in the areas around Siberia is below freezing, while in the European part of the country is between 0 to 5 degrees Celsius ( 32 to 41 degrees Fahrenheit).

Generally, Russia has just two seasons: summer and winter with extremely short periods of transition between these two.

Actually mainly because where is Russia located makes it one of the coldest countries on Earth with negative average temperatures for the entire year, around -5.5 degrees Celsius (22.1 degrees Fahrenheit).

On the world scale, the climate has a very increased impact over people lives and work and Russia is not an exception.

The climate dictates what crops are cultivated, how the houses are built, where and when, and attract special requirements on many branches of the economy.

Because Russia has little exposure to ocean influences, the quantity of precipitation is moderate.

In the northwestern part of the country are recorded the highest precipitation falls and generally, the wettest areas are small and located in regions around the Caucasus or along the Pacific coast.

The summer period is pretty short and not very warm and the temperatures are mainly connected with latitude.

Russia offers a large variety of options to explore so planning a trip to this amazing country is a smart decision.

In the last years, the country still flourishes in its rich culture and heritage and important developments had been recorded in domains like infrastructure and technology.

Russia is actually a paradise for history lovers if we take into consideration the increased number of monuments and sites spread especially in European Russia.

Being a country located on two continents, it has a unique and very interesting culture and traditions.

Each part of the country has its particularities and unicity as well as a historical story so you need to pay separate attention to each detail and each new place you are about to see.

Where is Russia located makes from it a pretty cold country, but it has one of the most diverse landscapes and sceneries in the world.

Russia is indeed a unique country which along with highly developed modern culture carefully preserves the national traditions deeply rooted not only in the Orthodox religion but also in paganism.

It is a country of contrasts which will fascinate and attract you from the moment you get off the place!