There are many interesting places to see in Romania. It impresses with its untamed nature, rich wildlife, medieval castles and many more. The country is located in the Balkan Peninsula near Bulgaria, Ukraine, Hungary, Serbia and Moldavia, Romania is one of Europe’s best-kept secrets.

The country has a varied relief with mountains, plains, beautiful hills, seaside and one of the best-preserved delta in Europe, the Danube Delta.

But Romania is not just about the beauty of nature! It has many other beautiful attractions and places to discover spread all across the country!

Let’s discover them together!

Mostly found in Transylvania, medieval castles are one of the top attractions of Romania.

The castles built hundreds of years ago and they played an important role in the local history, being the main defence points from those times.

In time the castles were vandalized and partially destroyed and during communism, many of these places were transformed or abandoned. After communism was abolished, many of the Transylvanian castles were refurbished and gain their glory. In our days Bran Castle or Dracula Castle, Peles Castle, Corvin Castle and many others are important attractions of the area. All these castles are a good picture of how medieval ages looked like and definitely are one of the best places to see in Romania.

Moldavia and Bucovina, two Romanian provinces are famous for its painted monasteries. These two provinces are located in the northeast part of the country and are home to one of the most beautiful monasteries you have ever seen.

The monasteries were built by Romanian rulers in the medieval ages to celebrate their victories in the wars against the Ottoman Empire. Most of the monasteries are masterpieces of Byzantine art and are unique in Europe.

The paintings from the walls embody all kind of biblical events, Orthodox saints known by villagers and the portrait of the Romanian emperor who built the church.

The monasteries impress the visitors with their architecture, colours and paintings. Don’t be a surprise if you will see a noun striking a wooden or a metal bar. This is the call to prayer because during Turks occupation it was forbidden to ring the bells. So the villagers found their unique way to announce others that it’s time to pray.

The best-preserved painted monasteries from Bucovina and Moldavia are Humor, Patrauti, Suceava, Moldovita, Probota, Sucevita and Voronet. All of them except Sucevita were included on UNESCO World Heritage list in 1993.
Definitely are some very good places to see in Romania.

My advice is to rent a car and have a tour of all of them because each of them has its own beauty and charm.

The main purpose of these churches was to defend locals against Ottoman and Tatar invasions.

What actually are these fortified churches?

Well, these are small churches surrounded by one or two high walls and inside these walls, the villagers used to hide when the village was under attack.

Most of the fortified churches from Transylvania are included in UNESCO World Heritage, like Biertan, Saschiz, Calnic, Viscri, Prejmer, Valea Viilor and Darjiu.

The good thing about these villages is that they are located relatively close to each other and you can combine them to visit as many as you wish.

These fortified churches are one of the best places to see in Romania and should be on your travel list.

Transylvania is not just about fortified churches, wonderful hills and medieval castles. It is also full of medieval towns, very well preserved which offer a great window in the past.

One of the most medieval cities is Sighisoara, being the last medieval town that is still inhabited by people.

All these towns were built also by Saxon population. During the XII century, Saxons came from Luxembourg, Moselle, Lorraine, Wallonia and Rhine regions to this part of Europe. They build in Transylvania a very powerful region called “Siebenburgen” or the Seven Fortresses.

As the name suggested, the Saxon population built 7 important walled towns in the area:

All these places are remarkable and should be visited when coming to Transylvania.

Vibrant cities one of the best places to see in Romania

Romania is the ideal destination for an unforgettable holiday in Europe and a good option for a city break, too.

Spread all across the country, Romanian cities have their own charm and beauty and wait for tourists to discover their secrets.

Romanian cities are the ideal destination all year round, no matter if you want to explore the country and include on your tour a few days in the local cities or if you come to Romania especially for visiting its cities.

The most important cities are also the capital of the province where they are located.

Iasi, for example, is also the capital of Moldavia, Cluj Napoca is a wonderful medieval town and the capital of Transylvania, Timisoara is the centrepiece of Banat and so one. These are the best places to see in Romania if you are looking for city experiences!

I recommend you to visit not just these big towns but also Brasov, a beautiful mountain city located very close to the Carpathian Mountains and some emblematic castles like Dracula Castle or Peles Castle.

Oradea is a very beautiful and modern city located very close to the Hungarian border which suffers many major changes in the last years.

Discover these wonderful cities and together with them a small piece of Romania. It is more beautiful than you expect!

Romania has something which other European countries have lost: untamed nature and very rich wildlife.

Here, in Romania, most of the trails are primitive, without special preparations and wild encounters are very probable.

Mountain lovers found in Romania heaven on earth, it is one of the best places to see in Romania! Unbeaten trails are spread all over the Carpathian Mountains and all of them are waiting to be discovered! Lonely shepherds with their dogs and sheep are the only humans you meet when exploring the Romanian mountains.

On easier trails, you might find some tourists but if you are interested in exploring the Romanian land and go up on top of the mountains, then be prepared for encounters with wildlife.

The most famous region of the country with cosy villages hidden between foggy hills in Transylvania.

It is one of the most romantic places to visit when in Romania with many wineries and wine cellars, the perfect places to end your day and sip a glass of good quality wine.

The local hills give to this part of Romania a mystical air, it makes you feel that you are in a fairytale story and mythical creates are about to appear after the next hill.

The landscape, especially in autumn is incredible! Certain parts of Transylvania reminds me of the Tuscany hills. Definitely is one of the places to see in Romania during your holiday!

Not interested in mountains and hills? No worries! Romania still has something for you! It has some very beautiful beaches spread along the Black Sea Coast.

Wild beaches or ultra-popular ones are waiting for you! Romanian coast has 245 kilometres and a few dozens of resorts. Some of them are dedicated to tourists looking for vibrant nightlife, popular beaches and fancy hotels, while others are more intimate, with quiet hotels more suitable for those looking to rest and relax.

Very close to the Black Sea Coast and one of the hottest places to see in Romania is the Danube Delta.

It is a unique habitat with very rich flora and fauna, the second largest delta in Europe, after Volga Delta.

Hundreds of species of birds migrate to this place in summertime and are the only nesting place for dozens of species.

A trip to Danube Delta is like a travel in another world! It is just you and nature! You lose the time perception and once you get there you realize very soon that time and money are not the most important resources in our life. You will discover very welcoming people, who appreciate life and friendship more than everything in the world.

Trust me! It is one of a kind experience! Something that might change your life and makes you want to come back again and again!

And food! Oh! It is just perfect! You will have the opportunity to try lots of specialities made from fish: meatballs, soup, grilled, fried or baked fish. There is even a dessert with fish! Yeah! I mean it!

All these beautiful places to see in Romania hide some of the most impressive accommodations in Europe!

How about sleeping in an old castle? Or in a traditional house? Or in a hidden lodge in the middle of the mountains? These are just some of the places where you can book your overnight stay when in Romania.

And there is something else! The prices are really convenient! For about 100 euro per night per room, you can sleep in one of the most beautiful and authentic retreats spread all over the country!

Here are some suggestions for authentic accommodation spread all over the country:

The only downside is that most of these hidden gems are likely to sell soon so you should plan your trip ahead and book your accommodations in advance!
I can assure you that you will have one of the most beautiful holidays ever! Once you visit a part of this country you will convince yourself that there are so many beautiful places to see when visit Romania that you will want to come back again and again!

Places to see in Romania 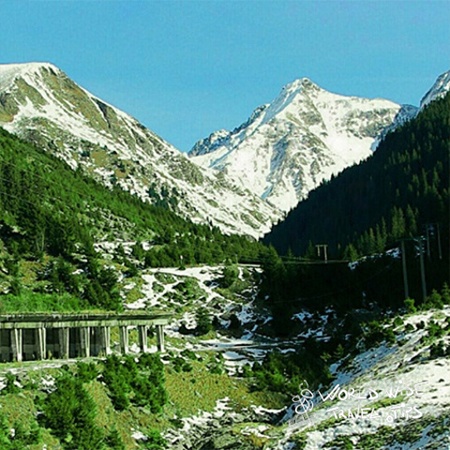 10 Mar: These are the most beautiful places to see in Romania

Located in the Balkan Peninsula near Bulgaria, Ukraine, Hungary, Serbia and Moldavia, Romania is one of Europe’s best-kept secrets and impresses with its untamed nature, rich wildlife, medieval castles and many other… 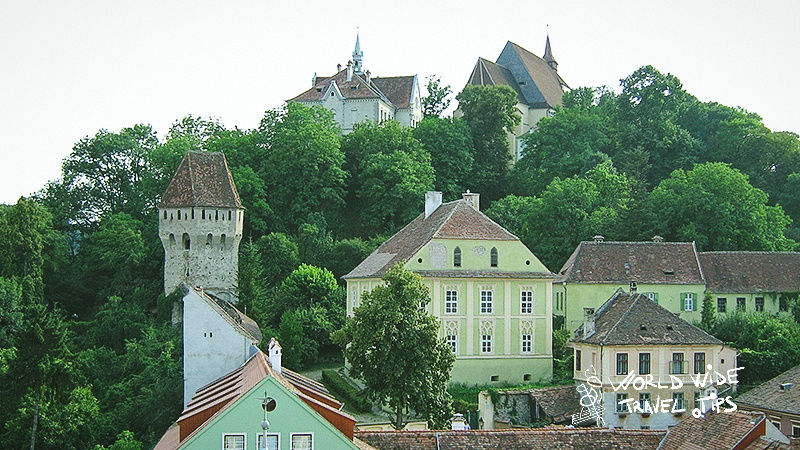 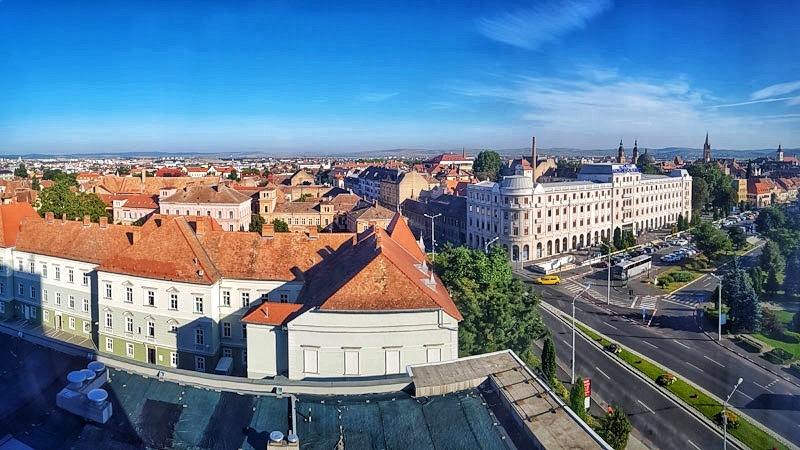 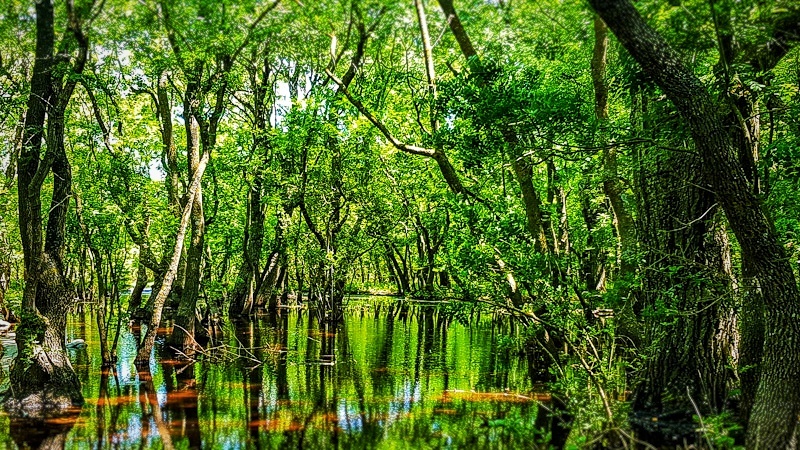 31 Jul: How to spend a day in Danube Delta