The Netherlands is a picturesque country with many interesting places to visit and a unique landscape. The country is famous due to its high number of windmills, tasty cheese and beautiful Netherlands cities to visit.

7 most beautiful places in netherlands

The countryside is indeed spectacular and everything is surrounded by a very calm atmosphere. The cities are more alive and vibrant, each of them having its own charm and beauty.

The Netherlands offers many things to do and many options to spend some quality time.

Here is a top 7 with the most beautiful cities in Netherlands which worth paying a visit:

1. Amsterdam the city with most beautiful places in netherlands

I think Amsterdam is the most famous and vibrant town from Netherlands. It is the country’s capital and one of the most touristic attractions from Europe.

Canal houses, cruises along the most iconic canal from the country, Red Light District, tasty food and beautiful streets are just some of the things which should be included to your travel list. 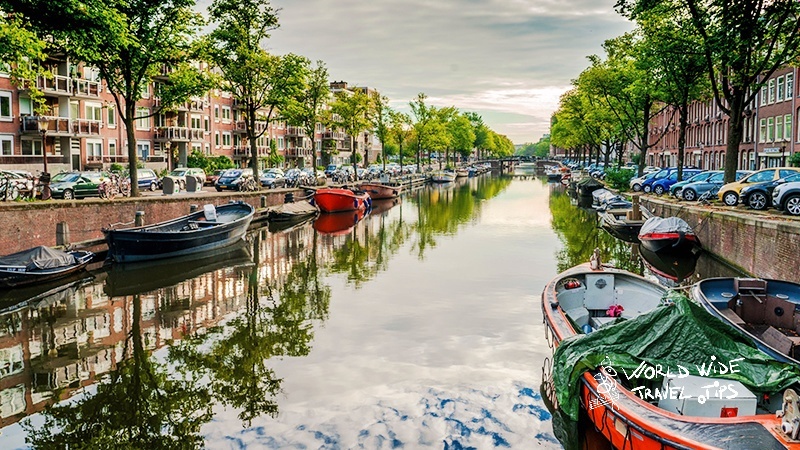 For those passionate about culture and history, there are plenty of museums to visit. The place is the perfect destination for bachelor parties or endless parties!

Prostitution and marijuana are legal in Netherlands and Amsterdam developed an important culture around these two elements.

Amsterdam is one city which should be visited at least once in your lifetime!

2. The Hague, one of the most beautiful Netherlands cities to visit

The political, legal and administrative capital of Netherlands, the Hague is a magnificent city with incredible architecture and places full of history.

The city is a very interesting mixture of medieval and modern buildings with relaxing beaches on the north side. 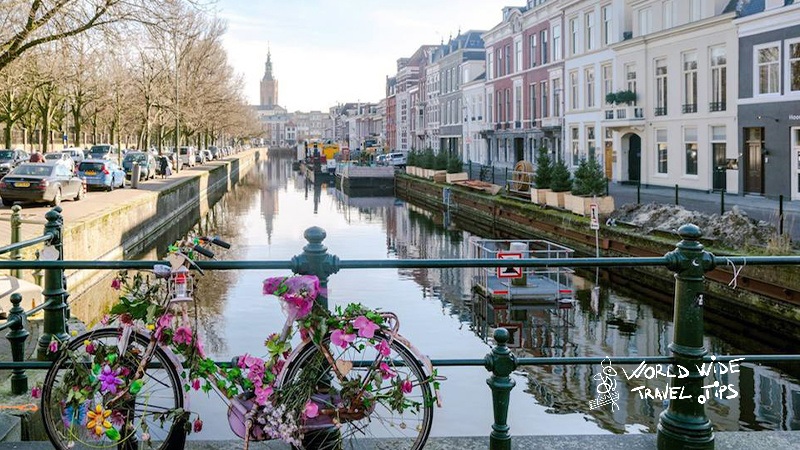 The Netherlands’ seat of government and one of the main residences of the Dutch royal family are located here.

Nearby, on the north side of the city, you can enjoy a few hours of tranquillity on one of the most popular beaches among rich people from the Netherlands.

Are you planning to visit the Hague? See which are the available options for your stay

3. Delft one of the most beautiful places in netherlands

A small but charming town in the west part of Netherlands, Delft is a town build near a canal dating back to 1432. 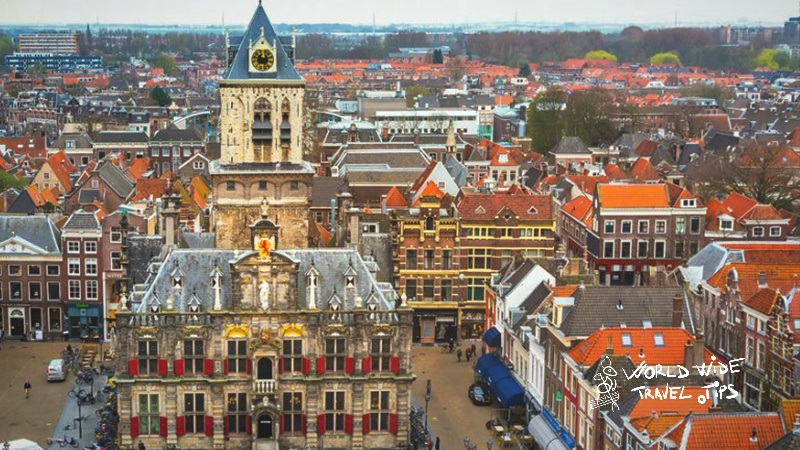 In the centre of the city, there are many medieval buildings like town hall build in the renaissance style, a church with a very tall bell tower and many other beautiful houses dating from medieval time.

A boat tour on the oldest canal is a must when visiting Delft. You will be fascinated by its atmosphere and its people!

How about spending a few nights in Delft?

I would say Giethoorn is the most beautiful Netherlands cities to visit.

It has something in the air which makes it special! It is the ideal town to live in! It is like a fairy-tale place with nice houses spread among canals! Very romantic!

In Giethoorn there are no cars! It is like Venice, but smaller…much smaller! And much beautiful! 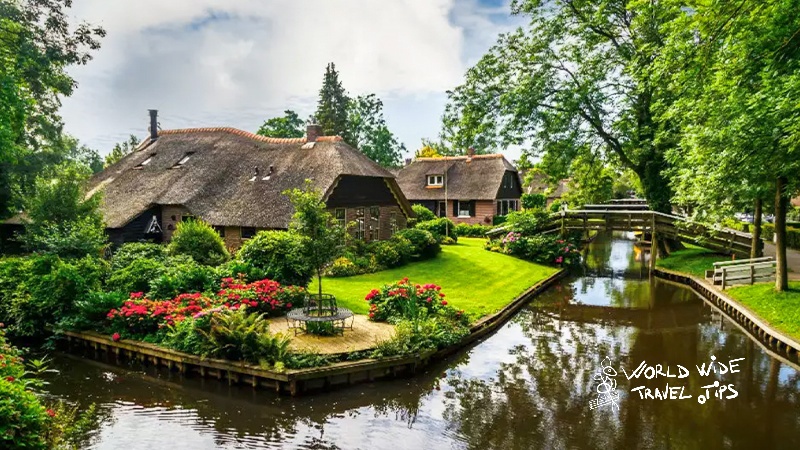 You can take a boat tour to get inside of this little city or if you want to walk, then discover Giethoorn by foot and let yourself lost among the narrow streets and the small bridges which cross the place.

Do like locals do and rent a bike to discover this hidden gem!

5. Harlingen has the most beautiful places netherlands

Located in the north part of Netherlands, Harlingen is a small fishermen town with a view over the Wadden Sea. It became famous among tourists in the last years’ thanks to its cosy atmosphere and nice view over the sea.

There is a small port with boats and ships, many canals which cross and the town and medieval houses spread among the canals. 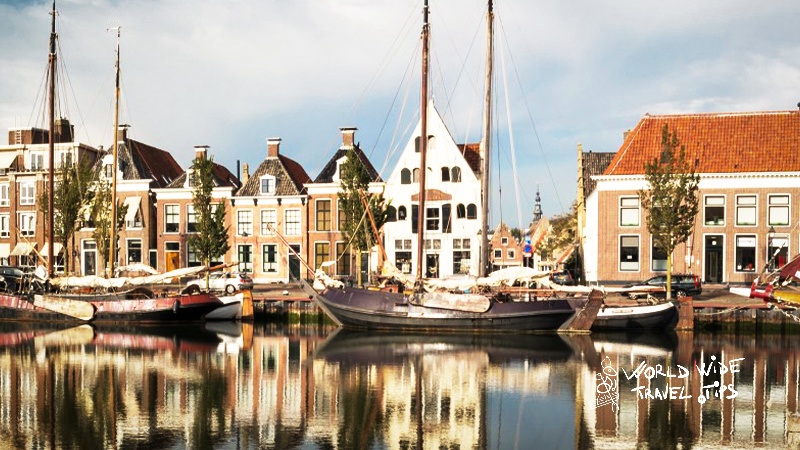 Near the sea, there is an old lighthouse dating from 1920, an emblematic spot for the city!

Are you planning to visit Harlingen? See which are the available options for your stay

6. Leiden is one of the most beautiful places in netherlands

Home of the oldest university from Holland and the place when Rembrandt was born, Leiden is one of the most picturesque and beautiful Netherlands cities to visit.

The historic city centre with its medieval buildings, the small canals and the traditional houses, all are waiting to be discovered by you! 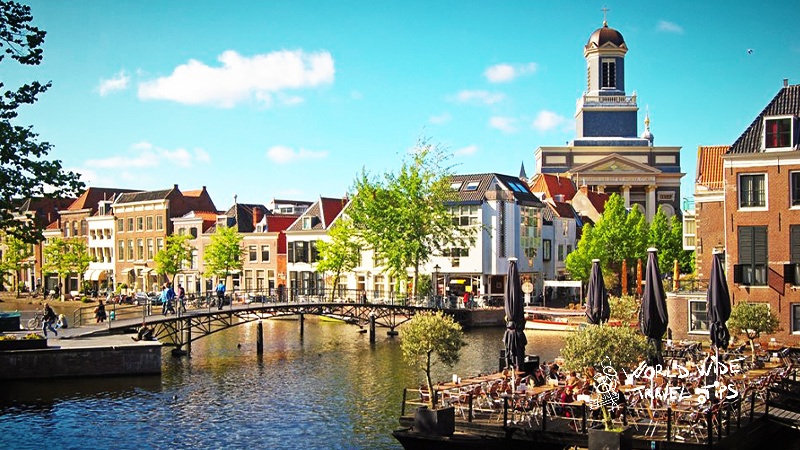 Leiden is a city with much green space! Here you can find the oldest botanical garden in the world, Hortus Botanicus, and a beautiful deer park named Leidse Hout.

It is a charming city waiting to be discovered!

Naarden is the best-preserved fortified town in Europe. It is built as a six-pointed star fort, one of the most efficient defence form over centuries. 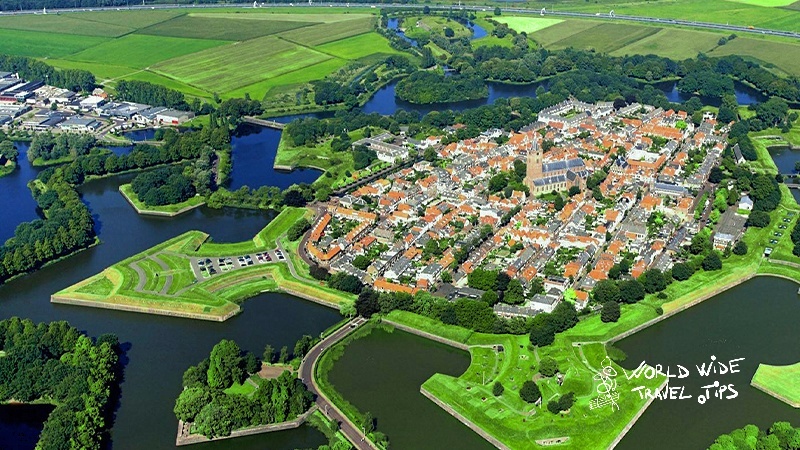 The town is built in the typical 6 stars design and surrounded by green fields and moat. In the centre of the town is located a church, dating since the 14th century, St Vitus Church.

Do you want to visit Naarden?

Conclusion: The most beautiful places in netherlands

These are the most beautiful Netherlands cities to visit! Each has its own beauty and magic! After spending a few days in these places you will feel more relaxed and detached from the daily problems!