The official currency of Netherlands

As part of the European Union, the official Netherlands money currency is Euro.

In 2002 the Euro became the official money in Netherlands, even if they were already using the currency since 1999 when it was first introduced.

In the beginning, it was used through electronic systems and traveller’s checks and three years later, at the beginning of 2002, it was legally regulated.

Euro can be found all over Europe under the following subdivisions: 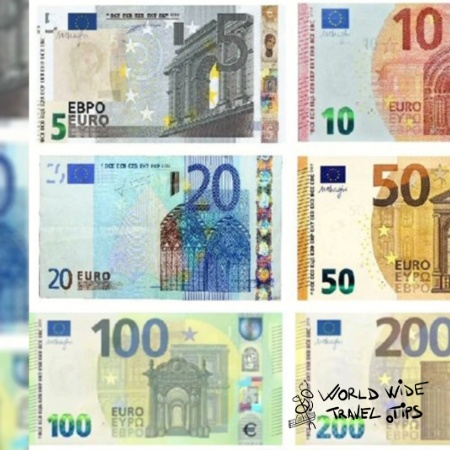 Some European countries, however, allow holders of old currency to continue to use old money, sometimes even after several years and Germany, Spain, Austria and Ireland are even allowing people to use the money forever.

What was the OFFICIAL currency of Netherlands MONEY before Euro?

Before the Euro, the official Holland money was the Dutch guilder, which everyone refers to as the guilder.

So, the Dutch guilder was the national currency that was replaced by the euro at the beginning of 2002.

The guilder was used from 1680 to 2002, for a period of 322 years, which is impressive even for such an old country like the Netherlands.

So, all people of the Netherlands who lived during that time use the guilder to buy everything they need: food, clothes, houses, etc.

Dutch guilder was Holland and the Netherlands national currency since the 17th century until 2002! Quite impressive I would say!

Actually, the guilder is still used today in the countries of Sint Maarten and Curacao, countries that are part of the Holland country.

Important to know that this currency is different from the traditional Dutch guilder.

By the way! Did you know that the Kingdom of the Netherlands consists of Netherlands, Aruba, Curacao and Sint Maarten?

Having a history of more than 300 years, the Dutch guilder had some interruption periods during its life.

After the end of the Napoleonic wars, Holland began using the old Holland currency, the Dutch guilder again. 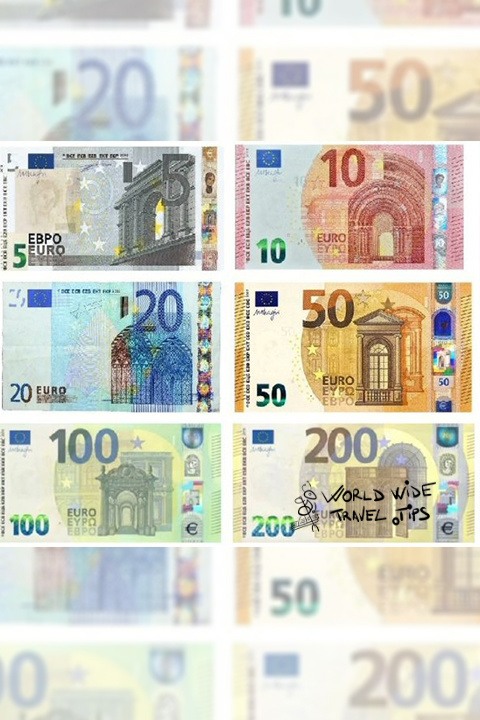 During World War II, the guilder went through periods of German occupation, afterwards, the exchange rate was set by the liberating Allied forces.

During its life, the guilder had phases when the coins were made from more than one material.

Along time, there were no other interventions on using the guilder by outside countries located inside or outside Europe.

The guilder banknotes and guilder coins (Netherlands money before Euro) were still exchangeable at the Central bank of the Netherlands (De Nederlandsche Bank or DNB) until 1st January 2007.

Euro coins and banknotes are used all over Holland as national currency and the dutch guilder remained just a symbol of the prosperity of this country!

If you are wondering how you can get the dutch money, the easiest way is from exchange offices spread all across the country.

You can also withdraw money from a local ATM or pay with your credit card, as there are no additional costs except the commissions practised by the bank where you have opened your account.

Tip: use a currency converter before you go to an exchange office so you can compare the rates used by the office with the official ones and have an idea of how profitable is to exchange money on that exchange office.

Remember, the euro is what money does Holland use and this currency is official money in more than 19 countries from the old continent Europe!

All the 12 provinces from the Netherlands, from the north and south Holland, all territories adopted euro!

How much is $1 in Amsterdam?

As you already found out, the official currency of Netherlands is Euro starting from 2002. As Amsterdam is located in the Netherlands, it has the same currency as Holland, which is Euro.

So if you want to know how much is $1 in Amsterdam, you have to see the exchange rate USD to Euro, which happens to be around 0.85 euro.

What was the Dutch currency before the Euro?

The official currency of the Netherlands before the Euro was the dutch guilder or gulden starting in 1517.

What is special about the dutch guilder is that it stopped being legal tender on 28 January 2002, almost 1 month earlier than other currencies like the Spanish peseta and the Austrian Schilling.

Can I use a 500 euro note in the Netherlands?

Starting with January 27th 2019, most of the countries that have the Euro as their official currency stopped issuing the 500 Euro banknotes.

As a general rule, most stores, restaurants and bars do not accept payment in high-value bills, so the 500 Euro bill is not quite easy to exchange.

But this does not mean that the 500 Euro banknotes stop being legal tender; you can still use them to buy goods and services or for a store of value.

Banks, exchange offices and other commercial parties have to accept your 500 euro banknote.

What is Amsterdam currency?

Starting with January 2002, the official currency of Amsterdam and of course, the Netherlands is Euro.

Euro replace the dutch guilder which was the official currency of the country for more than 300 years.

Which are the European countries that use Euro today?

The countries that use Euro as their national money are known everywhere in the worlds as the Eurozone countries.

Today there are 19 countries, all members of the European Union (EU) that replaced their national currency with the Euro.

So, if you decide to visit each of these countries, you have to take with you some Euro, mostly in small bills.

What is a dutch coin called?

The dutch coin was a cent and 100 cents equal to 1 guilder until 2002 when the official currency of the Netherlands was Euro.

Along time, coins were from copper, silver and even gold, and the value depends on the material they were made.

The gold ducat of 1 and 2 and also the silver ducat are still minted today and are known as bullion coins.

Does Netherlands use euro?

Starting with January 2002, the Netherlands start using the Euro, which is the official currency for the other 18 countries members of the European Union.

Today in the Eurozones countries there are 8 coins and 7 banknotes as follows:

Beware that most of the stores, restaurants, bars and pubs do not accept bills with a value higher than 100 euro.

So that is why I strongly advise you to have coins and small banknotes, under 100 euro value.

Does the Netherlands use US dollars?

The national currency of the Netherlands is the euro, the most common European currency, used in 19 countries members of the European Union.

We strongly advise you to exchange your USD for Euro at a bank in your home country, or once you get to the Netherlands.

The best way to get Euro is to exchange your money at a local exchange office or bank or to withdraw some euro using your credit or debit card.