Sicily is the largest island from the Mediterranean Sea and also the largest of Italy, famous for its amazing beaches, delicious food and fascinating history.

Where is Sicily located in Italy?

The beautiful strip of land of Sicily is one of the five Italian autonomous regions and is officially known as Regione Siciliana.

It is located on the south part of the Italian peninsula and is separated from the mainland by a narrow strait known as the Strait of Messina. 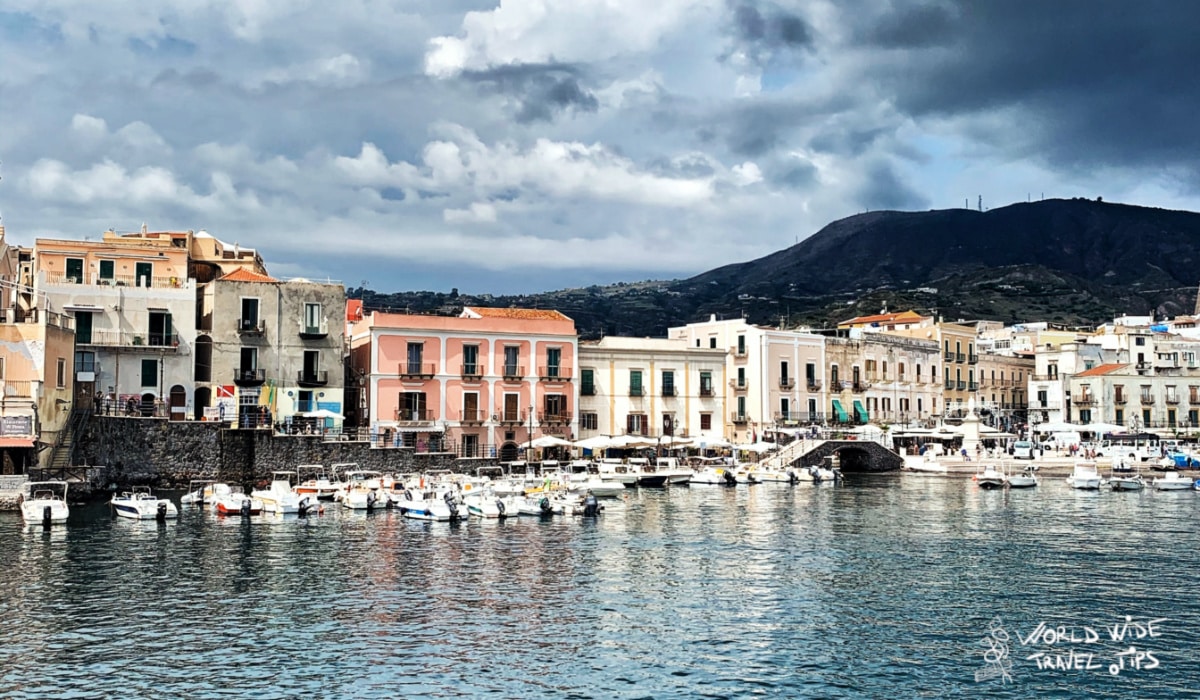 Where is the island of Sicily

The highest and most iconic point from the island is Mount Etna, which is also the tallest volcano in Europe with a total height of 3.330 metres.

I was mentioning earlier that this beautiful land has one of the most fascinating histories in the world and here is why I am telling you this:

These are among the most important historical events of the Sicilian region which played a very important role and shaped the borders of the place.

But Sicily should not fascinate you only with its amazing history and interesting ruins spread all over the place!

This piece of land has a unique and rich culture, especially when we refer to arts, food, music and architecture.

It is not a secret that many poets, architects and intellectuals have roots on this island; the Greek philosopher Archimedes of Syracuse, Gorgias and Empedocles are just some of them.

Here where is Sicily located in Italy was born the Sicilian School of Giacomo da Lentini, one of the most influential schools on Italian literature.

Poets like Luigi Pirandello, Salvatore Quasimodo, Giovanni Meli and Giovanni Verga are just some of the most important persons who were born on this island.

Where is the island of Sicily – demographic data

An interesting fact to mention is that right after the Italian unification, Sicily had the most unfavorable net movement rates amongst the regions of Italy.

This happened mainly because of the emigration of millions of individuals who lived on the island to various other European nations, South and North America and also Australia.

By the way, did you know that the unification of Italy was possible mainly because of one person named Giuseppe Garibaldi, an Italian general, patriot and republican?

Like the entire southern part of Italy and also Sardinia, immigration to the island is very reduced compared to other regions of Italy.

Most people tend to head to North Italy instead of south mainly because in the northern part the employment rate and the commercial possibilities are higher there.

According to the official records, at the beginning of 2020, on the island of Sicily lived around 5 million people out of which 200.000 immigrants.

Most of the people living on the island where is Sicily located in Italy speak Italian and Sicilian, a distinct and historical Roman language.

The rest of the cities from the island of Sicily have less than 100.000 inhabitants.

The main religion on the island is Christian Roman Catholicism and churches still play an extremely important role in the communities.

On the island, there is also a Byzantine Catholic church operated by the Italo- Albanian Catholic Church. Other religions on the island are Hinduism, Islam, Judaism, Sikhism, and Jehovah’s, witnesses. 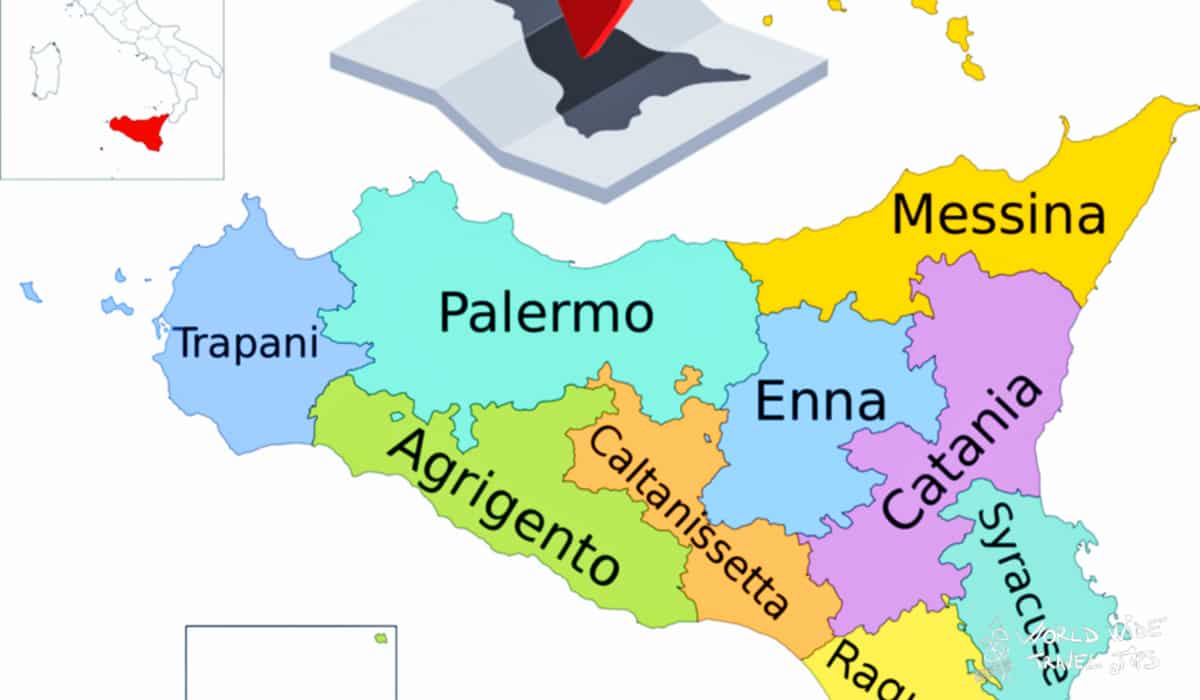 Now that you know where is Italy Sicily located and having some basic information about it, I am sure you will want to include this place into your future travel plan.

If you are already planning a trip to Sicily, here are the most beautiful accommodations from the area:

The place is full of archaeological sites and Unesco World Heritage sites which are waiting to be discovered by tourists from all over the world.

Villa Romana del Casale and the Aeolian Islands are just two of the most beautiful attractions of the area.

Actually, this is one of the best places from Italy where you can taste the natural flavor of red oranges, the main agricultural products from the area.

Keep in mind if anyone will ask you  “Where is Sicily located in Italy” the answer is on the southern part of the peninsula, right on top of the boot!