If you are wondering if is Italy in Europe then here is the right answer: Italy is located in south-Central Europe on the Apennines Peninsula and because of its boot shape it is very easy to recognize it even from space.

Once you identify this boot-shaped country on the map you definitely know if is Italy part of Europe.

And when we recognise its neighbours there is no doubt about Italy’s location on the world map.

The Repubblica Italiana has terrestrial borders with the European countries of Austria, Slovenia, Switzerland and France and maritime borders with Albania, Algeria, Croatia, Greece, Montenegro, Spain, Libya, Malta and Tunisia. 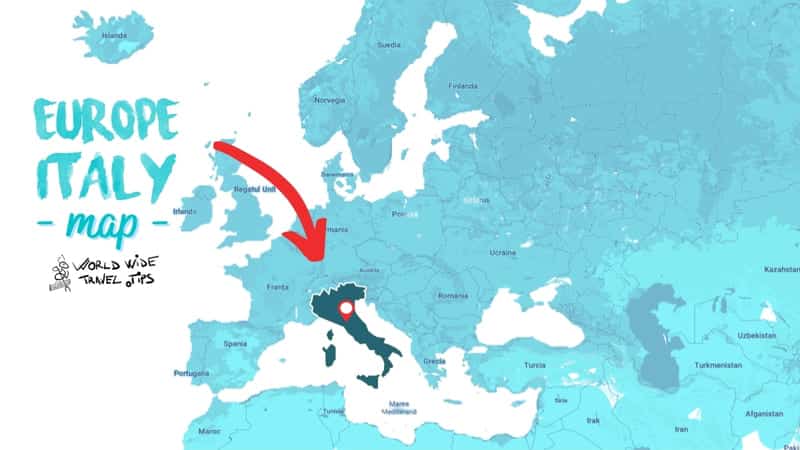 is Italy in Europe

Italy is also neighbouring the Adriatic Sea, Tyrrhenian Sea, Mediterranean Sea and the Ionian Sea in the southern part.

Inside the Italian territory, there are also two microstates, the smallest in the world: San Marino and Vatican city-state, which is the Pope’s residence.

Besides these areas, two of the largest islands from the Mediterranean Sea belong to Italy and here I am talking about Sardinia, located in the west and Sicily located in the southern part of the country.

Is Italy in Europe and general information

This beautiful country from southern Europe has about 300.000 square kilometres ( 116.000 square miles) and a population of a little bit over 60 million people, the third most populous country of the European Union. 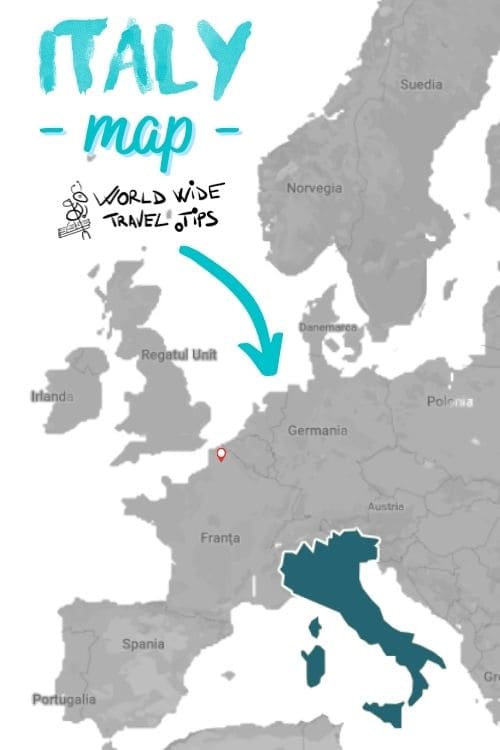 Is Italy part of Europe

The capital of the country is Rome which is also the largest Italian city followed by Milan, Florence, Naples and Venice.

The name of the country means “calf land” and it is derived from the fact that the bull was a symbol of the tribes of Southern Italy.

This beautiful country was the heart and soul of the Roman Empire which has its capital in Rome, one of the oldest cities in the world.

The country has been a member of the European Union since January 1st, 1958 and a strong and reliable member of the North Atlantic Treaty Organisation (NATO) since it was established in 1949.

One of the largest European countries, Italy is full of beautiful scenery and is home to the largest number of volcanoes from Europe. 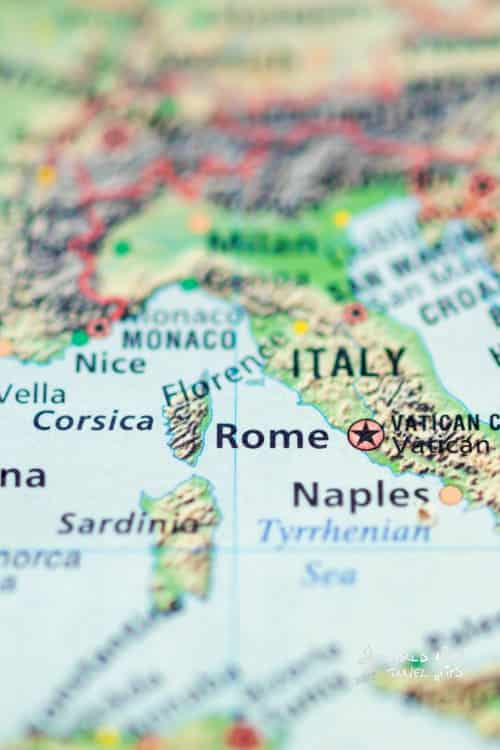 This south-central European country is crossed by the Alps which are among the world’s most rugged mountains.

The highest peak from Italy is Monte Rosa, but the highest of the Alps is Mont Blanc, located in France.

The northern part of Italy is among the most spectacular ones with its beautiful Dolomites and picturesque villages hidden between the mountains.

You definitely have to book a few nights in the Valle d’Aosta region in northwest Italy right near the french and swiss border and in the Trentino-Alto Adige located right near the Austrian and Swiss border.

Another good proof that validates if is Italy part of Europe is the food and its influences.

Italian is known to be the first ones who prepared coffee, ice cream and fruit pies in Europe.

I cannot imagine life without coffee or ice cream, not to mention the delicious pizza with mozzarella and tomatoes.

And I must tell you that in Italy you will find one of the best ice creams and coffees in the world, that is for sure.

What are Italians famous for

Well, the first thing that comes to my mind when speaking about Italy is their incredible food and great wine.

And besides the food, there is also their unique architecture and art, impressive history and beautiful landscapes. 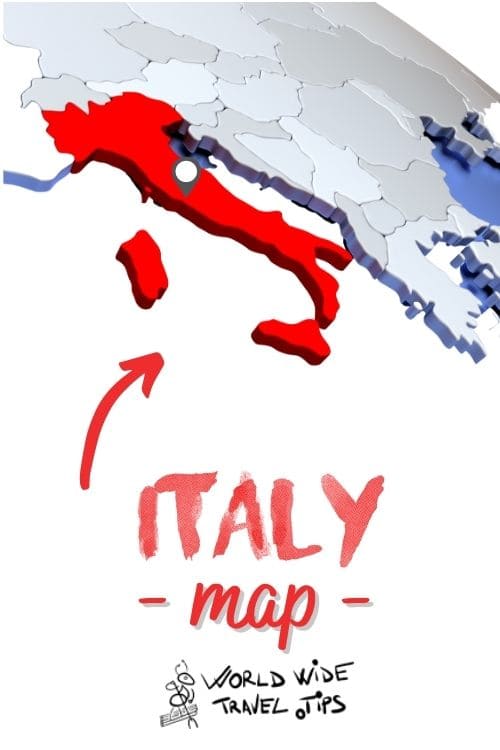 Is Italy in Europe

You definitely have to visit at least once in your lifetime the beautiful cities of Rome, Venice, Naples and Milan, not to mention the picturesque areas of Cinque Terre, Lake Como, Amalfi Coast or Tuscany.

You also have to include into your travel itinerary Mount Vesuvius with its nearby ancient cities of Pompeii, as well as the very active volcanoes Stromboli and Etna.

Italy is also associated with expensive and fast cars, with beautiful Vespas, the Mafia, as well as fashion and football.

The main symbol of Rome, Colosseum is the most famous historical landmark in Italy and was built by Emperor Vespasian in 72 AD and was completed by his son, Titus in the 80AD. 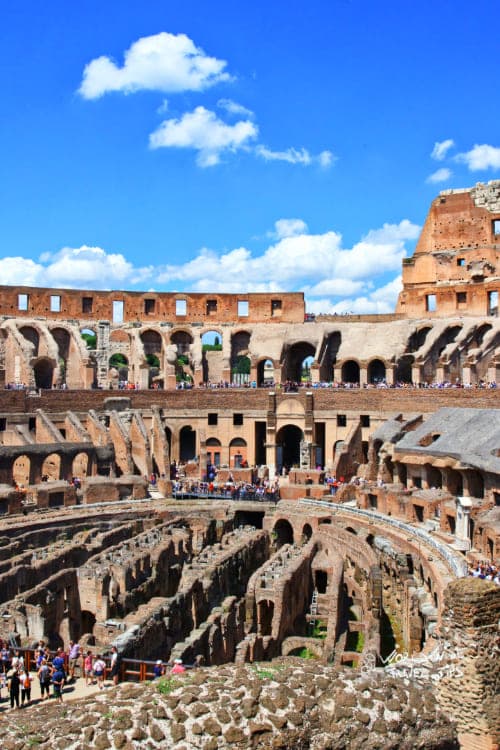 The landmark was added to the Unesco World Heritage site in 1980 and since then it attracts millions of visitors each year.

In the southern part of where is Italy in Europe, you can find one of the most famous volcanoes in the world, Vesuvius. 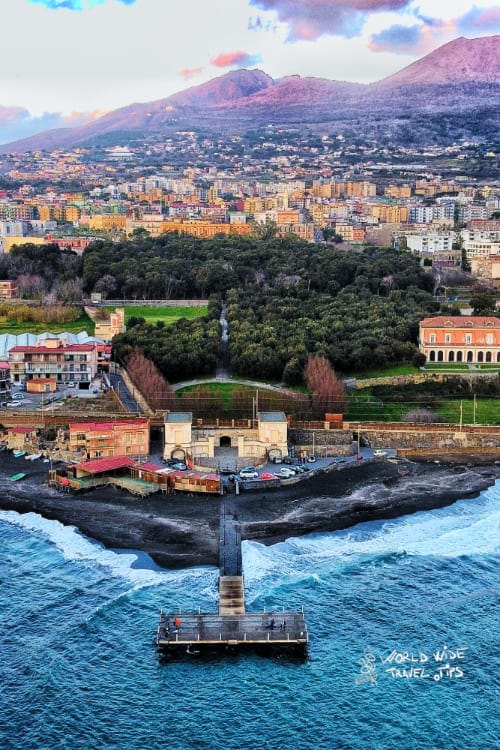 It is the same volcano that thousands of years ago buried under a large quantity of ash in the ancient city of Pompeii.

In our days the volcano is sleeping so a walk inside the caldera is one the most interesting experiences you can try while in this part of the world.

Pisa might be a small city located west of Florence, but it is home to one of the most famous towers in the world.

This tower is not famous because it is tall or white, but because of its leaning nature. 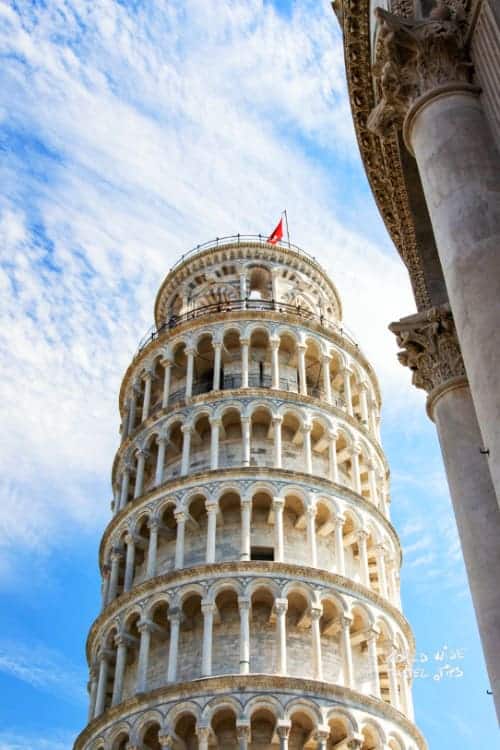 The tower was built between the 12th and 13th century but it was not built with the intent of making it tilt, just that it happened and today everybody wants to see it.

Now that you know if is Italy part of Europe, let me tell you some things about the 4th Italian landmark, Saint Peter Basilica, the most important of all catholic churches in the world. 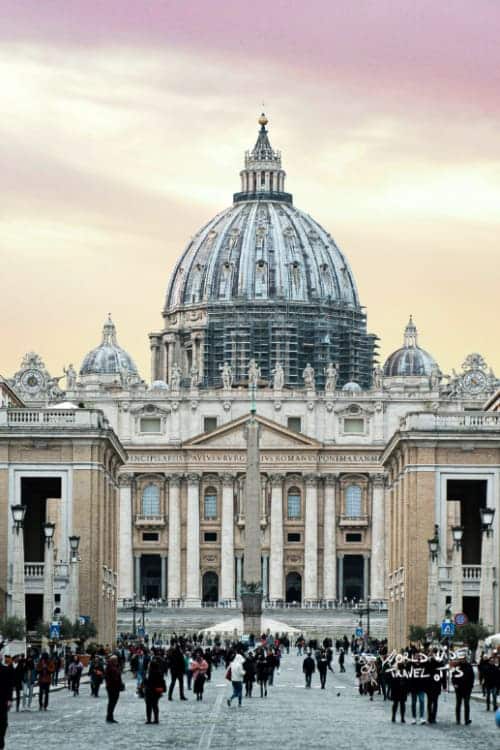 Here, in this place, it is believed to be the tomb of St Peter the first Catholic Pope in the world.

The construction of the church started in 1506 and was completed more than 100 years later, in 1626.

Talented artists like Michelangelo and Bernini designed some of the pieces you can find exposed inside the church.

Without any doubt, the most visited place from Milan is the Milan Cathedral or Duomo di Milan, one of the largest constructions of this kind in the whole world. 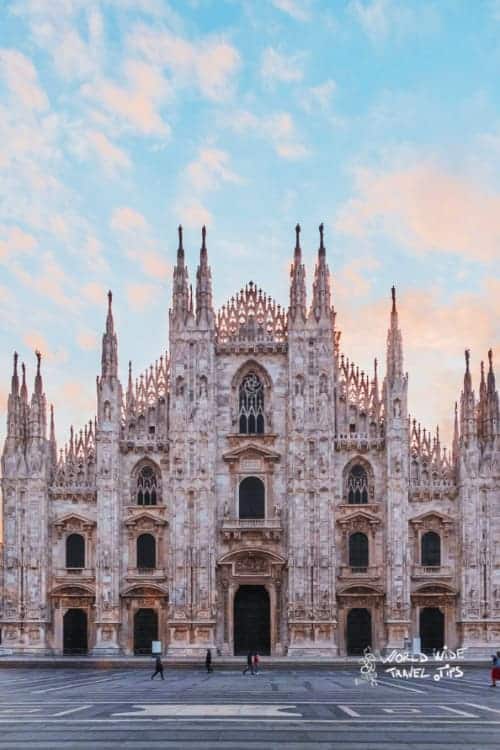 The construction of this incredible monument took six centuries and started in the 14th century; it is dedicated to Santa Maria Nascente or Saint Mary of Nativity.

The cathedral has 6 main sections that are open to the public: the Duomo Museum, the archaeological zone, the rooftop area, the Cathedral itself, the Crypt of Saint Charles and the San Gottardo Church.

No matter if you are from the United Kingdom, Czech Republic or any other parts of Europe or America, you definitely have to visit this magnificent country.

I hope this article managed to answer your question if is Italy in Europe and if is Italy part of Europe and convinced you to visit this stunning country at least once in your lifetime.

From the beautiful provinces located in the northern part of the country, like Emilia Romagna and Trentino Alto Adige with their amazing mountains, medieval castles and beautiful landscapes down to Sicily, you definitely have to explore this country as it is full of wonderful places, welcoming people and incredible food!