For most of getting to Cinque Terre might sound almost impossible as many of us travel by plane to Italy and we don’t know which is the closest airport for Cinque Terre and which is the best way to get there and around.

So, first of all, I want to tell you that Cinque Terre or “ Five Lands” is a natural reserve which comprises 5 picturesque towns built on top of steep rocks along the Ligurian coastline.

Each of these 5 towns has their own feel and essence even though at first look you will be tempted to say that they are the same.

The five towns from the Five Lands area are:

These are very old towns, full of history with many ancient churches and castles are hidden between the rocky terrain.

Narrow streets opening into beautiful squares lined with colourful old houses stacked on top each other is the landscape which characterises these magnificent villages.

It is definitely a place which you have to visit when planning your trip to Italy and a place which should be marked on your itinerary when searching for the closest Cinque Terre airport.

The good news is that there are two nearest airports to 5 Terre:

These two international airports are not that famous and popular all over the world, so you might not be able to find any flights on these ones.

If you get a flight to Milan Malpensa International Airport (MXP) then you don’t have to worry, as this airport is only a 2 hours train ride from Genoa.

From Pisa to Cinque Terre

The closest airport for Cinque Terre, Aeroporto Internazionale Galilei Galilei or Pisa International airport is considered the most important gate for Tuscany region.

More than 20 airlines fly on this airport, especially during peak season.

From Pisa to La Spezia ( the main city from 5 Terre area) are only 85 kilometres and there are direct regional trains to the national reserve.

Once you get off the plane, search for the shuttle train from the airport called PisaMover; this train will transport you to Pisa Centrale railway station.

From there take the train to La Spezia Centrale to get to the edge of the national park Cinque Terre. The ride lasts for about 1.5 hours and the prices start from 7.5 euros.

From Genoa to Cinque Terre

Genoa airport is considered to be the second Cinque Terre airport and is located 86 kilometres away from Sestri Levante, in northern Italy.

Take the train to Levanto from Genoa train station and in less than 1.5 hours (travel time) you reach the Cinque Terre villages.

From Florence to Cinque Terre

Florence is another airport where you can land if you plan to visit the Cinque Terre region.

The local train ride from Florence to La Spezia lasts for about 2 hours and 20 minutes, but it is a beautiful journey which gives you the opportunity to admire the beauty of the Italian landscape.

For those who don’t have that much time to lose on the road, you can use the rental car services available in Florence and drive to La Spezia.

The car ride lasts for about 1 and a half hour and the car might be rented directly from Florence airport.

A car is useful to get from the airport to the La Spezia or Levante area, because in the villages from the national park you cannot enter by car.

You will have to leave your car in a designated area from La Spezia or Levanto and from there you can take the train, the boat or follow the hiking path which goes to all the 5 villages.

I hope this article managed to answer your question about which is the closest airport for Cinque Terre.

Do you plan to visit this part of the world at some point in the future?

Or have you already been there?

I would love to hear your impressions and thoughts in the comments below. 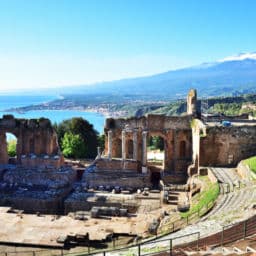 Sicily what to visit, travel hacks for smart planning

The largest island in the Mediterranean Sea, Sicily located on Italy’s boot, hides many beautiful places. I bet you want to know more things about Sicily so you can better plan your… 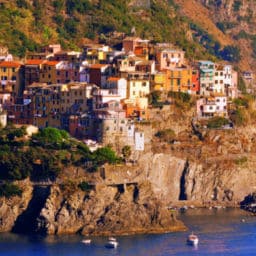 You are preparing your trip to Cinque Terre villages and you just don’t know where to start, what to do and which is the best way to explore these magnificent towns to… 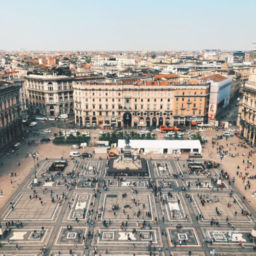 Ultimate guide for your holiday: top cities in Italy 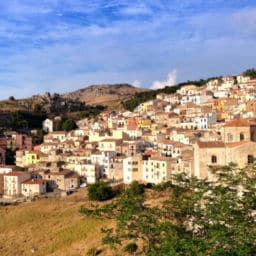 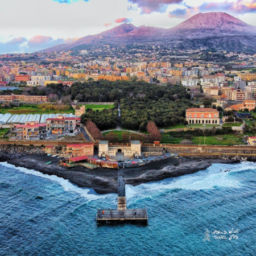 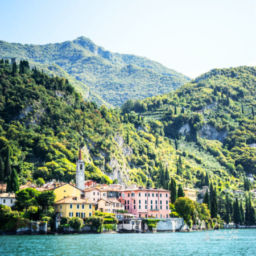 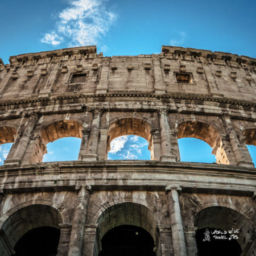 Getting from Lake Como to Milan in 3 easy ways