Which continent does Israel belong to is a question many people ask. If you also ask yourself Israel is in which continent, the short answer is Asia Continent.

Known among Christians, Muslims and Jews as the Holy Land, state of Israel is located in the Middle East region, western Asia.

The ancient city of Jerusalem is the country’s capital, while the financial and technology hub is Tel Aviv Yafo.

The official languages are spoken in the country as Hebrew and Arabic and the total land area of this country is 21.000 square metres.

Out of this, about 440 square kilometres are water, including the Dead Sea which is the lowest point on Earth.

Coastal plains, Jordan Valley with lush vegetation, Red Sea and the Mediterranean Sea are just some of the elements which compose this magnificent country.

According to the national records, the total population of the country is around 8.77 million people and the population density is 390 people per square kilometre.

To which continent does Israel belong?

According to the United Nations geoscheme, Israel is located in Asia. To be more precise, this magnificent country is located in the far left of Asia.

The Asian continent covers regions that range from the islands of Indonesia on the south part up to Turkey on the far west.

The country borders are Lebanon to the north, Jordan to the east, Egypt to the southwest and Syria to the northeast.

Gaza Strip and West Bank, which are Palestinian territories are also bordering the Holy Land to the west and east.

If we analyse the Israeli occupied territory from a political point of view, we will see that this country does not have ties with the rest of Asia, which continent does Israel belong to.

Actually, since 1948 when the country gained its independence it has been in a constant conflict with most of its Arab neighbours located in the Middle East.

Au contrary, it has pretty strong ties with Europe especially from the economic, cultural and historical point of view.

Starting in the early 1980s, the country has been competing in European sporting contests and has been an important player for Eurovision Songs Contest.

At the moment of writing this article, the Holy Land is a reliable member of the Union of European Football Associations, UEFA.

Is Israel in Africa?

Another reason for confusion to which continent does Israel belong is related to the country’s location, the proximity to Africa.

The level of confusion was increased in 2013 when the country’s Ministry of Foreign Affairs claimed that the country “lies at the location of three continents: Europe, Asia and Africa”.

Misinterpretation about which continent does Israel belong to

Actually, there are two main misinterpretations about where is Israel located:

Let’s discover together the reasons why most people think these facts are real.

The misinterpretation that Israel is located in Europe

This misinterpretation comes from the fact that the country does have very strong relations with Europe and many consider that the Holy Land belongs to Europe not to Asia, to which continent does Israel belong actually.

This is a normal fact taking into consideration that most Jews who live in Israel today came from Europe.

If not they, their ancestors sure lived in Europe before they moved to Holy Land.

Another element is that this magnificent country has really strong and tight political, economical and cultural relations with Europe, mostly with European Union.

As I said earlier, from the beginning of the 1980s Israel is part of Europe’s UEFA championships and the Eurovision Song Contest.

The misinterpretation that Israel is in Africa

This misinterpretation has its origins in the Biblical reference when Israel is called the land of Canaan.

Canaan was the son of Ham, who was the father of Africa and because of this, many people think that Israel is part of the African continent.

Another factor which contributes to this misinterpretation is the location of the country, which is bordering Egypt, an African country.

These are the main reasons why people believe that Holy Land is located in Europe or in Africa and not in Asia, which continent does Israel belong to. 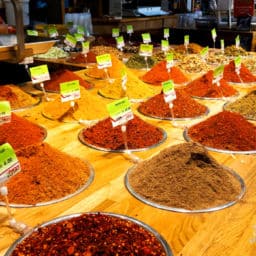 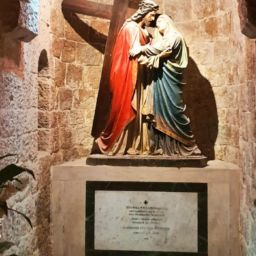 Walking the Via Dolorosa Jerusalem or The Way of Sorrow

The route of Via Dolorosa in Jerusalem also known as as the „ Way of Sorrow” is actually a street located in Old Town of Jerusalem, the Holy Land, believed to be… 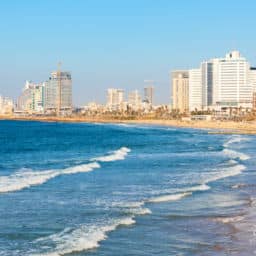 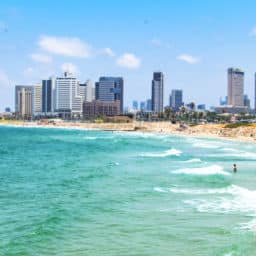 This will clear your question: Israel is in which continent?