By Sonia Hash Get to Rhodes

Because most of us don’t have time and energy to spend long hours on the road, especially if we have an alternative, planes have proven to be one of the most appreciated ways of transport until now.

Between 17 hours on a ferry and 1 hour on a plane from Athens to Rhodes, I am sure that most of us will choose to travel by plane. In less than 1 hour you will reach Rhodes airport from Athens and your holiday is about to start!

On Rhodes island, there is only one landing strip which is busier during peak season.
The airstrip is located on the west side of the island and is named Diagoras International Airport.

It is 14 kilometres away from the town of Rhodes, which is the capital of the island.

Well, it might be international but don’t expect something big! It is like most island airports from the entire world: a small but cosy landing strip, with a few shops and a small waiting area with some chairs where you can sit while waiting for the plane.

Although a pretty small landing strip, it is the fourth airport in Greece if we take into consideration the number of passengers which transited the place in 2019. To be more precise, almost 5.5 million passengers used this airport in the previous year.

Well, a very impressive figure I must say for Rhodes flights!

Rhodes airport was open for civil flight in 1977 and since then it is the only international landing strip from the island.

The main company which flies on Rhodes International Airport is Aegean Airlines, the national airline of Greece which operated all-year-round flights to Rhodes from Athens and Thessaloniki and seasonal flights from many other Greek landing strips.

Besides the flights operated by this company, the landing strip is used by many other companies like Austrian Airlines, Alitalia, Condor, Easyjet and the list might go on.

In total, more than 50 companies operate flights on this airport.

I would like to tell you 2 more things. The first one is that most of these companies which fly to this airport operate seasonal flights, and as you probably guess the flights are especially during the summer holiday. And there is another thing you should know about this airport and that is related to the fact that during the summer season there are many charter flights to and from this airport. And this is the main reason why during summer the airport is really busy and crowded. So, don’t be shocked if you arrive at this base and you will see queues everywhere.

Getting from Rhodes airport to the city

There are three ways to get from the airport to Rhodes city after tiring Rhodes flights!

The first one is the public transport. Take the bus no. 25-35 from the bus stop located between the new and the old terminal and in less than 20 minutes you are in the city centre of Rhodes.

If you don’t like to use public transport, then there is always the second option. And here I am talking about taxis. Yes! It is more expensive but it is the fastest way to get to the nearest town. The fairs vary depending on the season, even on hours of the day or night. But don’t hesitate and try to negotiate.

And the third way is to rent a car and take it directly from the airport. Many international and local companies have offices at the airport, so don’t worry! It is not that complicated as it might appear at first sight.

If you are interested in renting a car, then you’d better do it in advance. This is the safest way to secure the price and the car you want. In peak season, everybody wants to hire a car, so the prices increase automatically and you will be forced to take what you get without being able to choose.

Rhodes airport might not be the most modern and the most beautiful airport from Greece but for sure it is a very important place for greek tourism. It is the place where most of us start and end our holidays! Rhodes flights are convenient and comfortable for most of us! 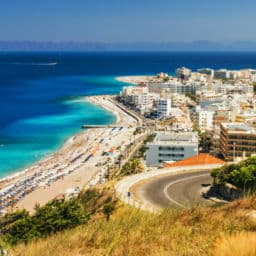 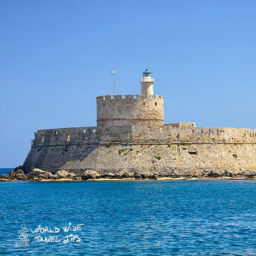 Rhodes weather in October can be very sunny and warm, perfect for exploring and enjoying the last moments of good weather before winter comes. Rhodes has a Mediterranean climate, with hot and… 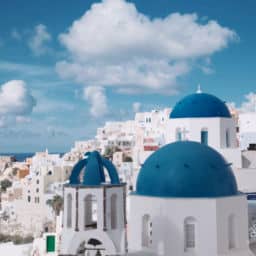 Finding the best greek islands to visit in June is a real tough thing as Greece has more than 220 inhabited islands, each of them with its own charm and beauty. No… 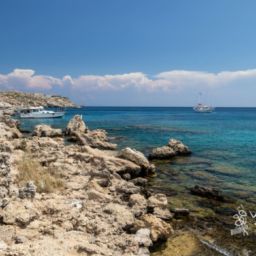 Daily temperatures are around 24 degrees Celsius during the daytime, so yes, the weather in Kalithea Rhodes in May is perfect for sightseeing and bathing. General information about Kalithea One of Rhodes… 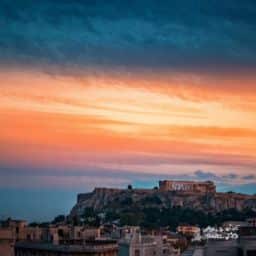 Athens nightlife: the best things to do in Athens by night

Things to do in Athens by night Athens is one of the most vibrant and cosmopolite cities from entire Europe. It is famous for its ancient ruins and history, but once you… 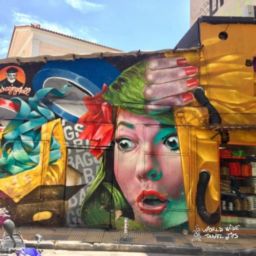 Fun things to do in Athens Which is the first thing to come into your mind when you hear Athens and Greece? I bet your answer would be ancient ruins. And this… 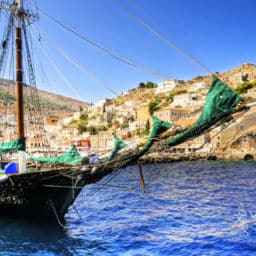 The correct answer to the question of how many greek islands are there depends on what each of us understands by the word “island”. A certain fact about how many islands are… 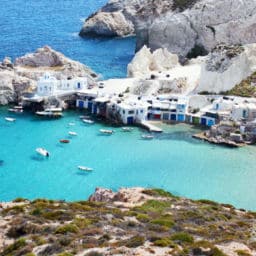 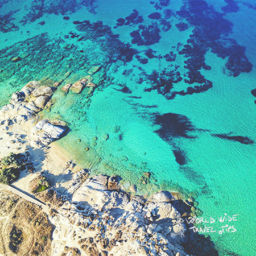 Are you looking for the best greek islands for beaches? Great! You are in the right place! Greece is not just about ancient ruins. It is also about wonderful islands, golden sandy… 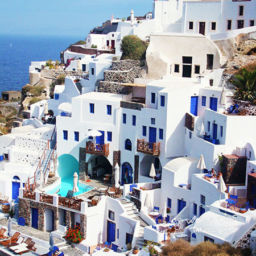 Party till morning on the best greek islands to party

Are you ready to party? Are you looking for the best greek islands to party? I know you are planning your greek summer holiday and don’t know what to choose. You want… 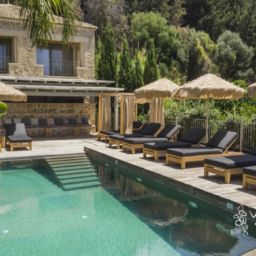 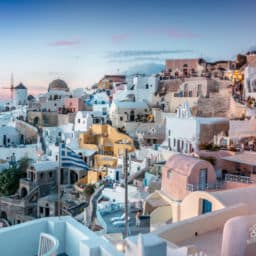 Is this the best greek island to visit this summer?

Greece has more than 6.000 islands out of which 220 are inhabited so choosing the best Greek island to visit might be a tough decision. It is not fair to name just… Aegina Island is located 26 km away from Athens. It is very easy to reach by ferry; it took you only 40 minutes to get from Athens to Aegina. Aegina is an… 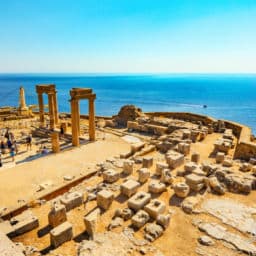 Weather in Rhodes in May, pros and cons for visiting

Not too hot, nor too cold with enough hours of sunshine and very few days of rain, weather in Rhodes in May is just perfect for an early summer season. I am…

Thank you so much, Diane! We also chose to fly as it is so much faster but going by ferry might save you some money.