The ski season in Chamonix France runs from mid-December to the first weekend of May, but it depends on the snowfall.

The Chamonix Valley from the French Alps is considered by many to be the best freeride resort in the world made up from 5 ski resorts: Grands Montets, Le Tour/Balme, Les Houches, Le Brevent and La Flegere.

In the area are more than 150 kilometres of pistes some of them located exactly on the Mer de Glace and are served by 65 lifts split between the main ski areas and the low mountain beginner zones.

Now that I told all the main information about this amazing ski resort, let’s discover together when are the best ski conditions in Chamonix France and the most important events during winter. 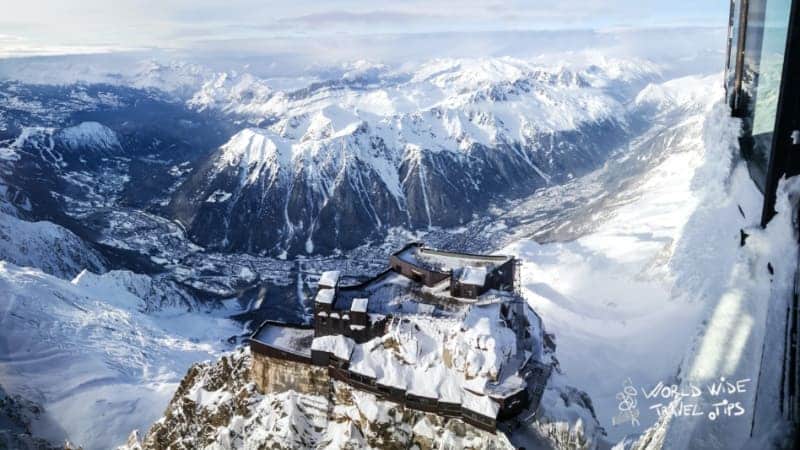 December opens the winter season being the first winter month when winter sports lovers from all over the world come to spend some quality time in the Chamonix area.

Cable cars are open and transport thousands of tourists up on the mountain, including to Chamonix Mont Blanc.

It’s time to buy your ski pass and take the first ski lift to enjoy most of your time spent in this magnificent place.

The snow level down in the valley might be thick so it might be necessary to start the snowmaking machines to create good conditions for skiing.

Anyway, you should not be worried as everything is covered with a thick layer of snow and Santa Clause can come to bring you presents.

Up in the mountains, the level of snow is high enough to practice winter sports and enjoy the magnificent landscape around you.

January, the best month from ski season in Chamonix France

January is one of the best months to practise winter sports in the Chamonix area with a very consistent level of snow.

It is a very cold month with negative temperatures, usually below freezing even during the daytime, so the conditions are perfect for skiing.

This is one of the best times of the year to ski, as the slopes are very quiet, the New Year’s crowds have gone and you have the slopes for yourself.

The ice climbing season and the cross country ski tracks are open, so there are many outdoor activities to practice in Chamonix.

According to the weather forecast, the weather becomes a little bit warmer in February, but just with a few degrees.

It is still very cold and the snow is just perfect for winter sports.

Even on the slopes from the bottom of the mountain, there are more than 1 m or 1.5 m of snow at the base depth.

This is again a very crowded period because most European schools have their half-yearly vacation.

You’d better book in advance for your accommodation and plane tickets to get the best price for this time of the year.

Another good time for ski season in Chamonix France is March with warmer weather and great snow, perfect weather conditions for winter sports.

This time of the year comes with more sun and clear views of the surrounding areas, with higher temperatures and positive vibe.

March is a favourite month among ski touring lovers and off-piste skiers as the level of snow is more than 2.5 metres on the higher slopes, according to snow reports.

Hurry up and buy your lift pass to have access to the entire mountain so you can experience everything this amazing place have to offer!

Easter holiday brings an increased number of tourists, so pistes might get crowded again as there are good ski conditions in Chamonix France in April.

As per Chamonix snow forecast, the best ski conditions are on the pistes located at altitudes over 2.000 metres, where the temperatures are still close to 0 degrees Celsius.

Down in the valley, the level of snow is too thick for skiing and because of the increased temperatures the snowmaking machines are useless.

There are plenty of events and parties during the entire ski season.

Restaurants, bars and apres-skis wait for their customers with a large variety of cocktails, wines and snacks. 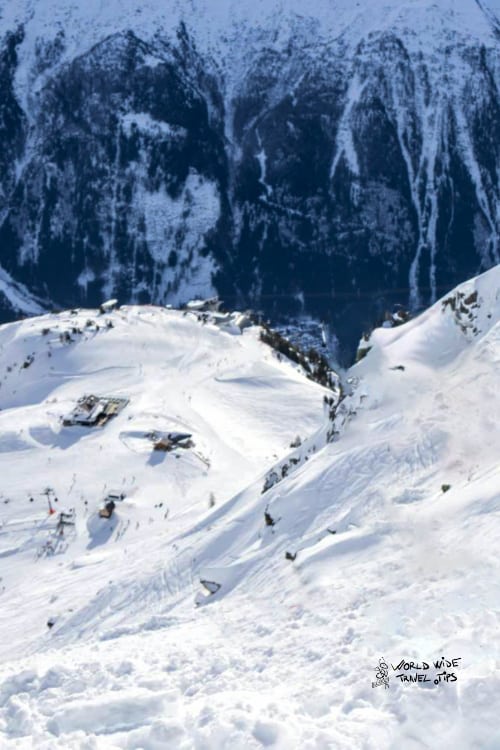 From all the events which take place in the area, the most famous are:

Chamonix Unlimited Festival is a very renowned festival dedicated to those interested in the finest electro music.

It usually takes place in April and is held in the ski areas of Brevent and Grands Montets.

During the day the party is on the slopes, and everything is moving inside when the night falls.

This is another event which usually takes place in April, in the second part of the month.

It is a great opportunity for the locals to show to the entire world their culture and traditions and to share their beliefs with tourists from all over the world.

I hope this article helps you to make the most of your ski season in Chamonix France.

Now you know which are the ski conditions in Chamonix France in each winter month so you should start planning your holiday.