This amazing Central American country has strong relations with the United States but the answer to the question is Costa Rica part of the US is no, it is an independent country from Central America.

The narrowest point of the country is only 75 miles (120 kilometres) from the Pacific Ocean to the Caribbean coastline.

The capital of the country is the beautiful city of San José which is also the largest city in the country located in the central part of Costa Rica.

San Jose is home to more than 350.000 citizens and together with the cities of Alajuela, Heredia and Cartago form the country’s Greater Metropolitan area with a total population of more than 2 million people.

The total surface of the country is 19.700 square miles (51.100 square kilometres) and has a total population of almost 5 million people.

Costa Rica is an independent state, it does not belong to anybody if you are wondering if is Costa Rica part of USA.

It is a democratic and peaceful country that has not had an army since the year of 1948 and a magnet for tourists interested in exploring wildlife and natural beauty.

The economy of the country that was once depending a lot on agriculture is quite diverse today and it includes sectors like finance, corporate services for foreign companies, ecotourism and many others.

The relations between Costa Rica and the United States are solid and this small country from Central America is seen as a very important trade partner by the US.

The American state authorities consider that Costa Rica offers an excellent climate for investments and trade as this country is ranked one of the most reliable and strongest voices in Latin America when speaking about human rights and rule of law.

The country is famous all over the world for having one of the strongest traditions of independent journalism.

According to the World Press Freedom Index, Costa Rica is located in 7th place out of 180 countries from the globe.

Unfortunately, in the last couple of years, the drug trafficking challenge has increased a lot as this country is seen by trafficators as a great place to transit drugs from Latin America to the US.

Like I said earlier, the answer to the question if is Costa Rica part of the USA, the right answer is no, it is an independent country with strong relations with the US.

What is instead true is the fact that this small but extremely beautiful country is among the favourite places to holiday for American people as it is close to the US, it is pretty cheap and it has some breathtaking sceneries and beaches.

Some Americans like the country so much that they decide to move there and make Costa Rica their permanent home after they retire.

As per the official record, every year more than 120.000 Americans move to Costa Rica for a better life and wonderful scenery.

Each year, more than 1.5 million Americans choose to spend at least one holiday in this country and more than 8.000 US students choose to study in Costa Rica every year.

Is Costa Rica part of the US and US Assistance

The US gives about 40 million US dollars in security assistance with the main purpose of cutting the flow of illegal dogs destined for the United States and to keep under control the high crime rate from this small country.

The strategy followed by the United States in all the Central American countries including Costa Rica is to secure the U.S borders and to protect the Americans but at the same time, the US is interested in increasing other businesses with these countries.

In other words, we can say that the US strategy follows three main directions:

The US ensures all the Latin American countries that through cooperation and assistance from International Narcotics and Law Enforcement institutions Costa Rica and other countries can reduce their crime rate and address the problem of drug trafficking.

Is Costa Rica part of USA and economic relations

As I said earlier in this article Costa Rica is an independent country, it is not part of any other country in the world but it has strong relations with the USA.

The main purpose of this agreement is to facilitate trade and investment in these countries by reducing or even eliminating the tariffs, the barriers to services and to promote transparency.

The largest partner of trading for Costa Rica is the United States to which this small country exports almost 40% of its goods and services.

On the other hand, United States citizens are the most numerous tourists who visit this amazing country each year and more than 24 million US dollars have been invested in the Costa Rican economy in 2020.

Now that you know for sure if is Costa Rica part of the US, let me tell you how this small country is seen by other important countries in the world.

Costa Rica and the rest of the world

Many countries in the world consider Costa Rica to be a success story in terms of development and it is considered to be an upper-middle-income country with constant economic growth over the last 25 years.

There are two main reasons that led to this constant growth and here I am talking about the openness of Costa Rica to foreign investments and gradual trade liberalization.

The country is also known for its environmentally friendly policies and achievements and today it is a pioneer in this sector and a strong model to be followed by all the countries in the world.

Another interesting fact about this magnificent country is that Costa Rica is the one and only tropical country in the world that managed to reverse deforestation.

I was saying earlier that Costa Rica is open to foreign investments but this is not enough as many countries are open to this but did not create a proper environment to attract investors from all over the globe.

Here, in this country, there was a very interesting mix of political stability, steady growth and the social contract that all together lead to the lowest poverty rates in Latin America and the Caribbean.
Is Costa Rica part of USA poza

Costa Rica is a safe and growing country, with one of the most interesting and unique sceneries in the world, and if it is not part of the US it is one of the most visited countries by US citizens.

1.Costa Ricans are considered to be one of the happiest people in the world

2. The local money is as colourful as the sceneries of this country, the banknotes featuring different landscapes and animals that live in the national parks across the country.

3. Costa Rica is home to one of the 5 Blue Zones in the world and here I am talking about Nicoya town, the place where locals live for more than 100 years.

4. Costa Ricans call themselves Ticos and Ticas, worlds that come from the Spanish world “chiquitito” and means “small”

5. The popular beach of Whale Bay of Bahia Ballena is the perfect copy of a whale’s tail seen from above

6. Costa Rica also have some islands located in the nearby seas, out of which Cocos Island is the closest to the mainland

7. About 5% of the world’s biodiversity can be found in the small country of Costa Rica so you’ll never get bored of wildlife in this country.

8. It is one of the very few countries on earth where you can see the sunrise and the sunset in one day: for sunrise go to the Caribbean Coast, while for a sunset visit the Pacific Coast.

9. More than 99% of the electricity used in this country comes from renewable energy generated by hydropower, wind, biomass, solar and geothermal sources.

10. It is home to 5 active volcanoes that offer amazing views and exciting experience: Poas, the Irazu, Arenal, the Rincon de la Vieja and Turrialba.

I hope now everything is clear for you and you know the right answer to the question if is Costa Rica in the US or not.

This small country is full of wonderful surprises and has one of the most diverse landscapes in the world.

It is definitely a great place where to spend at least one holiday and a great country for those of you interested in beaches and wildlife. 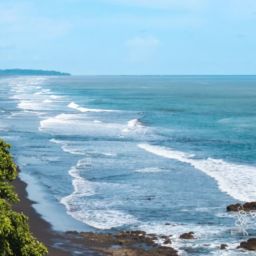 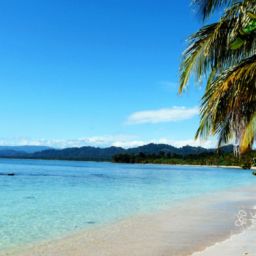 7 of the most stunning beaches in Limon Costa Rica

Beaches in Limon Costa Rica are located at the Caribbean Sea and are considered to be among the most picturesque and charming beaches from Costa Rica. Limon Province is one of the… 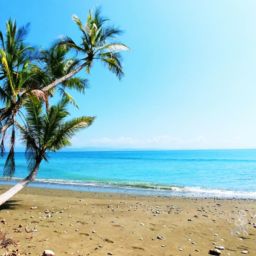 The most beautiful pink sand beach Costa Rica, Playa Flamingo is located in Guanacaste province, in the Nicoya Peninsula, 4 and a half hours drive from the capital of the country, San… 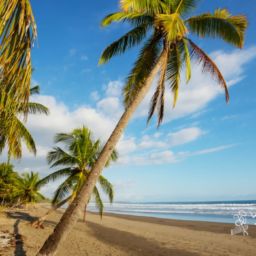 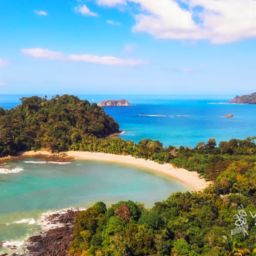 With more than 1.300 kilometres (800 miles) of coastline, finding the best swimming beaches Costa Rica might be more challenging than you expected. This small country from Latin America is famous for… 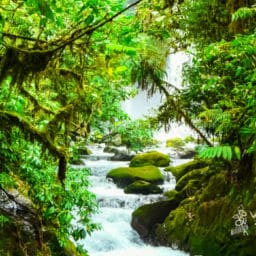 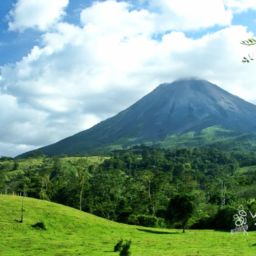 There are more than 200 volcanoes in Costa Rica, all being part of the Pacific Ring Fire Circle out of which only 5 of them are considered to be active volcanoes from… 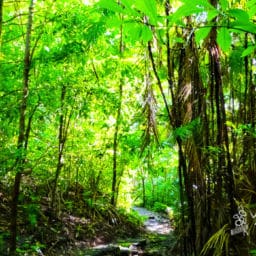 Manuel Antonio Costa Rica is one of the most popular attractions from the country for tourists from all over the world looking for wild beaches, lush Costa Rica rainforest and incredible wildlife… 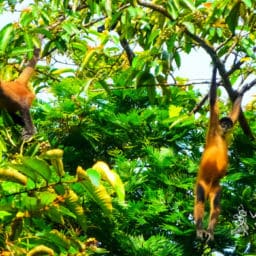 Tortuguero National Park one of the best parks in Costa Rica

Tortuguero National Park Costa Rica is one of the most impressive national parks from the country located in the northeastern part of Costa Rica, about 4.5 hours from the capital city of… 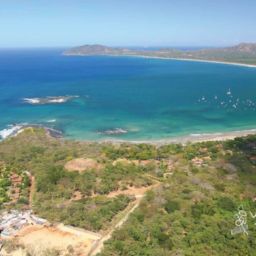 5 incredible and unique beaches in Tamarindo for this year

These beaches in Tamarindo are the ideal place for perfecting your tan, swimming, surfing and relaxing during your vacation to Costa Rica. Costa Rica has more than 1.300 kilometres (800 miles) of…

Conveniently located near Liberia International Airport, Llanos de Cortez waterfall Costa Rica is one of the most popular attractions from Guanacaste Province. The waterfall is located just 10 minutes drive off Highway… 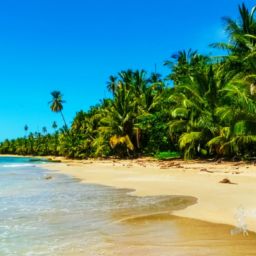 Costa Rica Cahuita is located in the Limon Province on the Southern Caribbean coast, about 4 hours by bus from San José or 30 minutes from Puerto Viejo. The main entrance to… 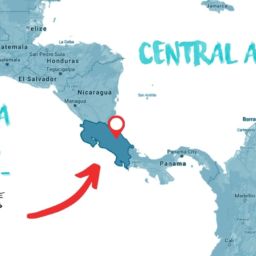 This article will answer your question if is Costa Rica in Central America and will tell you the most important and interesting things you need to know about its climate, flora and… 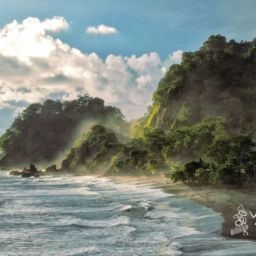 There are few places on earth where you can find such a large variety of beaches: black sand beaches in Costa Rica, pink strips of sand and even white sand beaches, all… 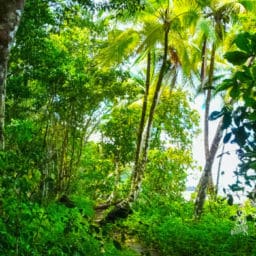 The 6 most stunning Costa Rica rainforest for your trip

Costa Rica rainforest is home to a large variety of birds, mammals and plants, the country being famous all over the world for its rich flora and fauna. Jungles in Costa Rica…